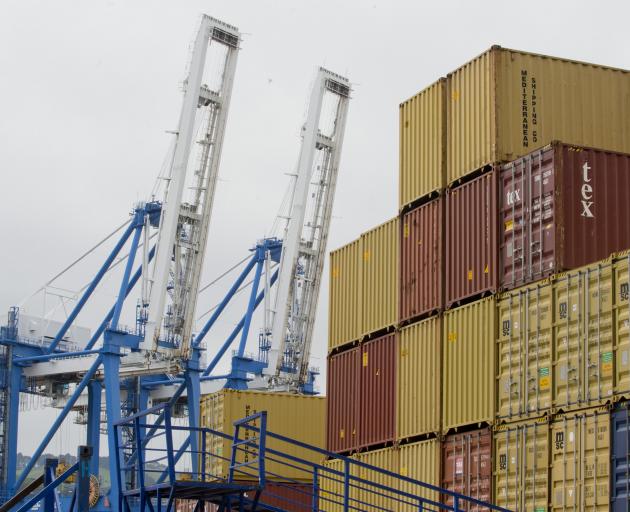 Shipping containers line Port Otago’s container terminal in Port Chalmers. PHOTO: GERARD O’BRIEN
Port Otago does not think it is necessary for southern exporters to shift goods to the North Island as global supply chain issues continue to cause issues.

An Auckland-based freight company has said exporters should consider moving cargo to New Zealand’s major ports, such as Auckland and Tauranga, rather than waiting for a ship to arrive at smaller regional ports

The cost of shipping freight is now 10 times more expensive than two years ago.

New Zealand shippers were paying a premium on top of that, some still having difficulty getting their cargo off the dock at any price, Easy Freight director Alex Gukalo said.

Some international shipping companies were bypassing New Zealand’s smaller ports citing Dunedin as one of the examples. 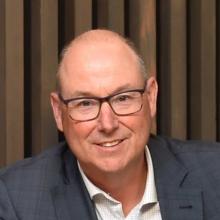 Kevin Winders
Port Otago chief executive Kevin Winders did not think that exporters in the lower South Island needed to send their product to the country’s two biggest ports.

He admitted disruptions were likely to continue throughout this year, but was confident that did not mean exporters needed to shift cargo north.

"I don’t think that our exporters need to all of sudden put their freight on trucks or rail up to the North Island," Mr Winders said.

The port’s American service OC1, operated by Maersk and linking Australia and New Zealand with the United States’ east coast, had returned to weekly calls this year, after dropping down to only fortnightly.

Mr Winders believed that was great news for local exporters wanting to get their product to the US.

Maersk Oceania head of market My Therese Blank said the shipping company had put significant focus on restoring schedule reliability and building a network that could absorb some of the external impact, due to the global supply chain disruption.

That included adding vessels to increase sailing buffers, reducing the number of port calls on each of the services, as well as launching additional services.

At the start of this year, Mearsk launched its Polaris service, connecting Lyttelton and Timaru with Brisbane, Ms Blank said.

The company’s general manager sales, Shane Kingston, said it continued to be affected by the global supply chain issues.

It was closely working with its partners to ensure it had the right mix of port locations to meet the businesses’ and customers’ needs.

"We need to be flexible and agile to mitigate the impact of the supply chain disruption so we regularly evaluate our options to manage risks and costs and maximise our performance."

"They’re relatively close to our manufacturing sites and at this stage we do not see any benefit in changing this,” Mr Carlyle said.

The Mediterranean Shipping Company, which calls into South Port, was approached for comment.