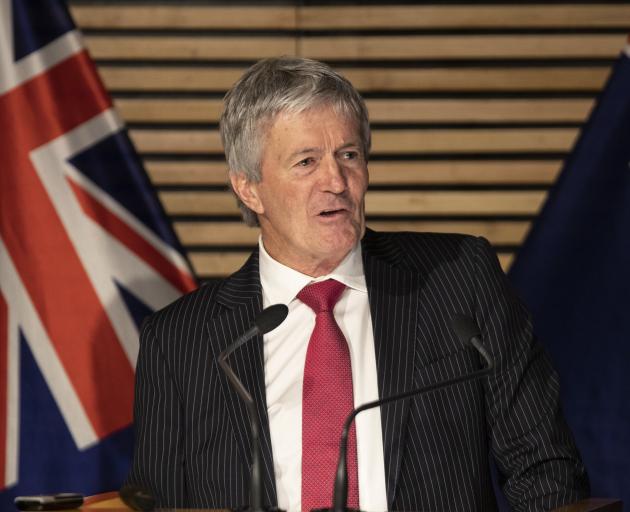 Damien O'Connor. Photo: Getty Images
The New Zealand and Chinese governments have signed an upgrade to the free trade agreement between the two countries.

Minister for trade and export growth Damien O'Connor just signed the upgrade in a virtual ceremony with China's minister of commerce, Wang Wentao.

In a statement, O'Connor said the upgrade brings the agreement up to date for at least another 10 years.

"This upgraded agreement comes at a time of considerable global economic disruption due to Covid-19. The upgraded free trade agreement is part of the government's Trade Recovery Strategy, in response to the economic shock of Covid-19.

"China is one of New Zealand's most important relationships. Signing this agreement today builds on the significant benefits both countries have enjoyed as a result of our existing FTA."

For the first time, environmental considerations have been included in the upgrade - meaning both countries have committed to ensuring environmental standards aren't lowered for a trade or investment advantage or used for trade protectionist purposes.

It will also ensure that most of New Zealand's $3 billion wood and paper trade to China will be tariff-free.

The considerations are "the most ambitious trade and environment chapter and the highest level of commitment that China has agreed in any FTA", O'Connor said.

The upgrade will make exporting to China easier and cheaper by, for example, simplifying documentation requirements and establishing dedicated contacts for New Zealand businesses at key ports in China.

In addition, all safeguard tariffs in dairy are set to be eliminated within one year for most products, and three years for milk powder.

"This means that by 1 January 2024, all New Zealand dairy exports to China will be tariff free," O'Connor said.

"Protections in the existing agreement that are important to New Zealanders, such as our rules on overseas investment and the Treaty of Waitangi exception, remain in place."

He said benefits would be seen across a range of exporting sectors including seafood, the forestry sector, and other primary sector industries, as well as those in services, including advertising, education, and aviation-related services.

The renewed agreement would deepen "our relationship further" and give exporters the "best possible access to the China market", he said.

However, before the agreement is enforced it will be have to be approved by Parliament first.

Does the word Uyghur appear in the agreement? As in, 'New Zealand will not accept goods that are produced in forced labour camps by Uyghur slave labour'. No, I didn't think so.

Come on John, you know communists stick together