By Riley Kennedy
0 Comments
The Christmas avalanche of parcels is picking up speed.

With Christmas fast approaching and a spike in online shopping, NZ Post’s Dunedin distribution centre is handling record numbers of parcels every day.

After August’s Alert Level 4 lockdown, the number of parcels being shipped to and from Dunedin slowly started increasing, there was a "massive spike" in October — "and it is just hasn’t slowed down," NZ Post’s area manager Kelly Spence said.

The centre, which supplied Dunedin and the surrounding areas such as Roxburgh and Milton, has gone from a daily average of 10,500 parcels to about 13,500.

That was expected to increase to at least 15,000 a day in December.

"There was a big increase after last year’s lockdown but certainly nothing like this," Ms Spence said.

About 120 staff worked from the Dunedin centre and 26 vans serviced the area. 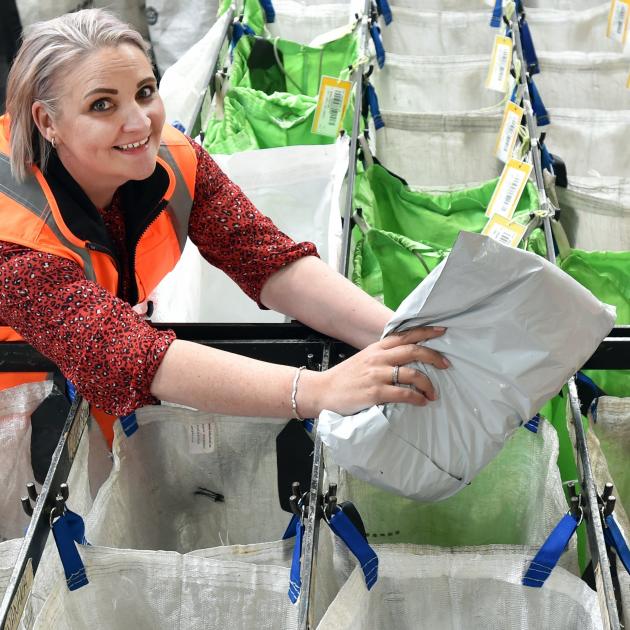 NZ Post Dunedin area manager Kelly Spence sorts parcels at the Dunedin distribution centre. PHOTO: PETER MCINTOSH
Camping gear and craft beer had been some of the most popular items so far this year in Dunedin, she said.

Statistics from NZ Post showed that the number of parcels processed and delivered on a weekly basis throughout Otago had increased about 13% on the corresponding time last year, from 125,689 a week to 142,976.

That was expected to increase next week as the two big retail spending days — Black Friday and Cyber Monday — were coming up.

"It is the mini Christmas before Christmas, so we are making sure we have the extra resources for that," Ms Spence said.

This was expected to be NZ Post’s busiest Christmas season yet.

"We don’t think that will slow down until at least end of January," she said.

When the Otago Daily Times visited on Wednesday afternoon, the day’s mail had been sorted and delivered and staff were preparing for the 11.30pm truckload from Christchurch.

Every day, two truckloads of mail arrive from Christchurch in the afternoon and another three come through overnight.

Ms Spence reassuringly said to the public, "Don’t worry we’ll get your Christmas presents to you on time."