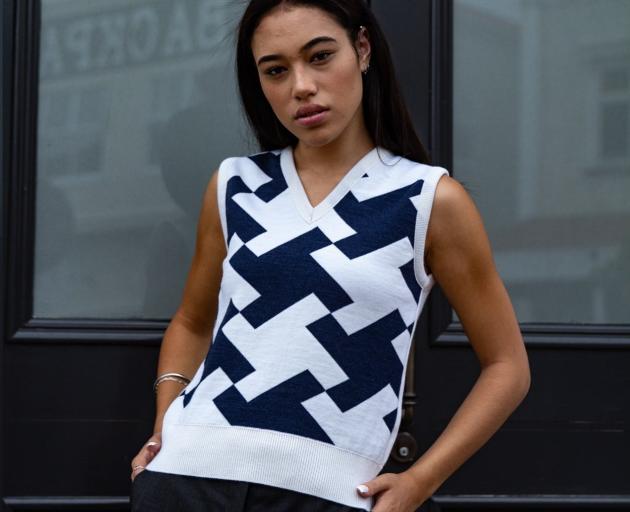 The Vest Practice is a New Zealand startup in Nelson focused on the international market to sell luxury knit vests.

The company, led by designer and founder Nicola Bullock, decided to work with Otago Knitwear "because of the company’s recognised skill in producing high-quality sustainable wool and cashmere fashion garments," a statement said.

The designer was born in Invercargill and spent her primary school years in Dunedin.

Vests had stayed the test of time, Ms Bullock said, and were a great layering option.

Their vests were something that would empower women as well, she said.

"It’s actually to do with how you feel when you’re wearing them.

"You’ve got that demure side to them but you’ve got that roll-up-your-sleeve-and-get-stuff-done side. So you feel like you’re strapped in and ready for action."

Vests were becoming popular in major cities around the world like London and New York, she said.

"This is a South Island collaboration with design out of Nicola’s studio in Nelson and production here in Dunedin where she grew up and still has family,” Mr Keogh said.

The two companies have worked together to come up with the knitwear collection over 18 months.

"I have been captivated for some time now with the idea of producing a specific fashion item that speaks to women’s empowerment, has a unique edgy design and is a comfortable fit," Ms Bullock said.

Vests were "iconic pieces you can build a whole look around with an edgy borrowed-from-the-boys vibe".

The company was looking into producing menswear vests in the future, Ms Bullock said.