By Riley Kennedy
0 Comments
"It's the smell, it’s the taste, it’s just everything."

Cyril Yates’ passion for whisky distilling is evident by talking to him.

Forty-seven years ago, a then 16-year-old Mr Yates turned up for his first day’s work at Wilson’s Distillery in North Dunedin.

He started out painting barrels and, over time, worked his way up to managing a team of staff.

"I had been there for so long, I was entrenched in the whole distillation process, it was my passion.

"I was losing my passion, so it was very, very sad," he said.

It was meant to be Mr Yates’ "forever" job.

"If it still had have been going, I still would be there now," he said.

Mr Yates later worked at the Hillside Workshops, Fisher and Paykel and O'Brien Laminates, all resulting in redundancies. 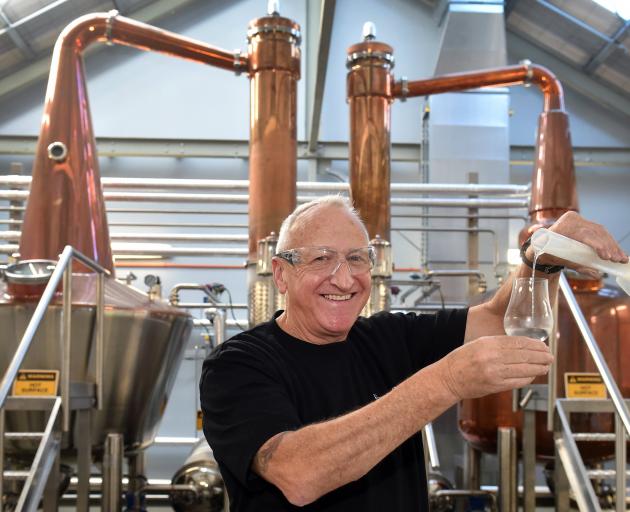 After being out of the distilling business for more than 20 years, he is now back working part-time for the New Zealand Whisky Collection at its Dunedin site.

The company came to an agreement with Lion NZ in 2018 to allow it to produce whisky at Speight’s Brewery.

In May last year, the copper stills were lifted into the brewery by crane. Production began in February this year.

Mr Yates drives a forklift four days a week and spends two days at the distillery.

"I would jump at the opportunity to do it fulltime but that is the boss’ decision," he said.

A few years ago, Mr Yates saw an article in the Otago Daily Times about the New Zealand Whisky Collection starting up in Oamaru.

"I actually rung them up and said I might know a bit about the distillery you’ve purchased and asked if would they like some help ... and ever since I’ve been volunteering my services," he said.

Being back on the stills was like a homecoming for Mr Yates, whose family also had a strong association with Wilson’s Distillery.

"It is just in my blood. Mum was the tea lady and also a bottler, my stepfather was the head engineer, my sister worked in the malting plant, making malt extract.

"I also had two stepbrothers who worked over in the malting plant, as well.

"So for me to come back into this environment is just exceptional," he said.

All 540 bottles were settled and hand bottled at the company’s Oamaru warehouse.

"It is a little embarrassing actually, but I’m proud, I am just so proud," Mr Yates said.