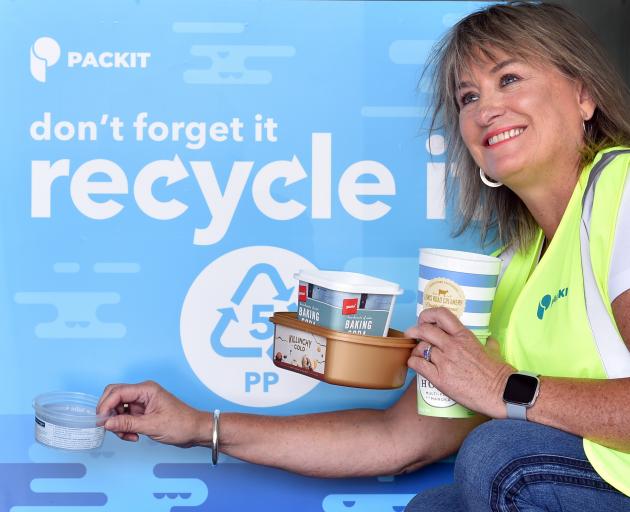 The move also showed that "post-consumer polypropylene can be recycled'' in New Zealand, Mr Sowman, of Auckland, said.

But yesterday's initiative, undertaken and funded by Packit, is believed to be the first move in New Zealand to foster recycling of polypropylene after consumers have used it.

The firm will provide a recycling bin at Centre City New World as a trial for the next three months, to receive the used plastic containers, after consumers have washed and cleaned them.

The initiative also showed "we care'' and met a growing public demand for recycling, they said.

Packit would help recycle all PP plastics, not just its own containers.

The polypropylene would go to Christchurch for recycling then return to Dunedin to make more containers.

But valuable grade 5 plastics had been "commingled'' within grades 3 to 7, and sent to China.

But after China recently largely stopped importing the plastics, Packit wanted to help, he said.

The initiative also showed "we care'' and met a growing public demand for recycling, they said.
I think the growing public demand is actually 'stop producing plastic'. We care, we care about oceans polluted with micro beads, dying ecosystems and declining sea bird and fish stocks caused by plastic waste.