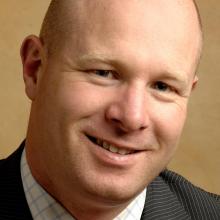 Scott Mason
If you are selling or have sold property recently, you should be aware of the IRD's recent focus on, and review of, provisions dealing with the taxation of land.

This is evidenced by both IRD sending letters to taxpayers who they believe may have to disclose income from property sales - especially residential properties under the two or five-year BrightLine Tests based on information sourced from Linz (yes, Big Brother is watching) - as well as the proposed redrafting of some of the land tax provisions in the Income Tax Act 2007.

In respect of the latter, there have been two consultation documents released: "Habitual buying and selling of land" and "Holding costs for privately used land that is taxable on sale."

The first document addresses IRD's concern that the current regular pattern restrictions are not working as intended. Various land taxing provisions contain exclusions from tax for people who use the land as their main home, residence or business premises. However, the ability to use the exclusions is technically restricted/lost when the taxpayer has a regular pattern of buying and selling land (regardless of whether it is used as a main home, residence or business premises).

The reason behind this exclusion is that it is assumed that a person with a regular pattern of buying and selling land essentially acquires the land primarily for sale and should be taxed on any gain. An example may be buying a succession of "homes" to renovate and then sell for gain.

Notwithstanding a historical lack of enforcement activity in this space, the IRD has concerns that taxpayers are theoretically able to alter their business structure to potentially work around the regular pattern restrictions. The policy document specifically outlines the possible use of associated persons to carry out separate transactions (for example, the first property purchased by the individual, the second purchased by their partner, the third by their family trust etc) and/or the varying of transactions so that there is no pattern.

IRD suggests that an amendment be made to ensure that the "regular pattern" restrictions apply to a group of persons when there is a regular pattern of buying and selling land, if any within the group occupy the land.

It has also been suggested that an amendment is made to broaden the scope of the regular pattern restrictions to include all land that a person buys and sells regardless of whether the activities carried out on the land while held are similar.

The worry with regard to the new proposals is, of course, that the regular pattern restrictions will become too broad and will impact taxpayers without effecting long-lasting change in the property market. In particular, there is concern that ordinary commercial or family transactions could be caught by the proposed amendments. And what is a "group of persons"?

The second document considers the treatment of holding costs that relate to land that is subject to income tax on sale and is used privately whilst held.

An example is a holiday home sold after four years of ownership for a gain. Holding costs that are listed as examples include interest, rates, insurance, and repairs and maintenance expenditure. Although the consultation document considers that an apportionment approach to holding costs would be the most correct option (apportionment between the taxable gain on sale and the private use of the land while its held), the officials' current view is that denying deductions for all holding costs for all periods of private use would be the best option based on complexity and other perceived inconsistencies. The counter view could be that if the gains arising from the holding of the property are taxable, many of these costs have a clear nexus to that gain (brought about by time) and should be able to be offset against the profit.

The paper also runs through the treatment of holding costs for land that is not actively used, but is taxable on sale. It proposes that the treatment of these costs could depend on the other uses of the land during the period of ownership (for example, if a person has a rental property that is vacant for a couple of months between tenants, the vacant period would still be treated as income-earning time).

In any regard, the tenor of the proposals and the audit focus on land sales again highlights the Government's focus on property, but one does wonder whether the potential overreach of existing and proposed taxing provisions will become an election issue for middle NZ next year.

- Scott Mason is managing partner and tax specialist at Findex in Dunedin. 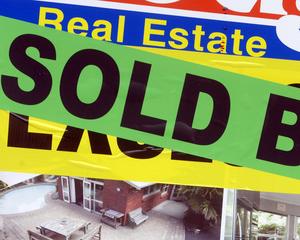