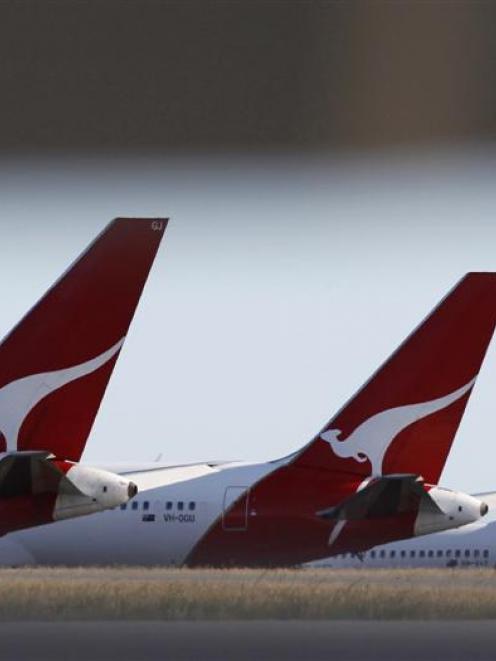 Also, the company faced a $A100 million ($NZ128 million) one-off cost of industrial action during the year.

Qantas said in a statement it expected underlying profit before tax in the range of $A50 million to $A100 million, down from the $A552 million reported in the previous corresponding period. The earnings before interest and tax (ebit) loss was expected to be a loss of $A450 million compared with a loss of $A216 million in the pcp.

Qantas cited the group's highest yet jet fuel bill and substantial increases in the domestic market that reduced yields.

"We have taken decisive action to mitigate losses in Qantas International by withdrawing from loss-making routes, reducing capital investment and transforming Qantas engineering. The introduction of a new Qantas Group structure with dedicated chief executives for Qantas International and Qantas Domestic will bring further rigour to our business," he said.

Craigs Investment Partners broker Chris Timms said the factors quoted by Mr Joyce were not unique to Qantas but it appeared the Australian carrier was in a markedly different position than Air New Zealand.

"Maybe Air New Zealand has a better hedging policy. The Australian dollar has been strong, and so have we been, and that should have made their fuel price cheaper."

Qantas had also experienced weakness in the UK and Europe markets, probably reflecting the competition on those routes. Air New Zealand had made a push into Asia and the latest statistics showed an increase in those markets, Mr Timms said.

The April Air New Zealand statistics showed that across the group, the number of passengers carried was up 1.8% against April last year, revenue per passenger kilometres was up 5.5% and available seat kilometres were up 4.6%.

Mr Joyce said Qantas continued to practise disciplined financial management. It had announced capital expenditure reductions totalling $A900 million for the full year, bringing the total for the year down to $A1.9 billion. Capital expenditure for next year would be at that level or lower.

With a cash balance of more than $A3 billion, an undrawn standby facility of $A300 million, 16 new unencumbered A320/B737 aircraft added in the past two years and the flexibility to reinstate or further reduce capital investment as appropriate, Qantas remained in a strong funding position, he said.

More than 400 jobs to go at Qantas