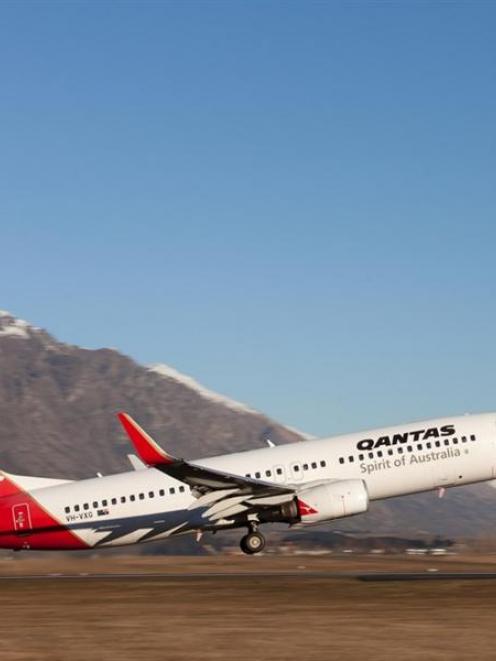 Photo supplied.
The decision by Qantas to increase the number of flights between Sydney and Queenstown and run a daily service during the Easter school holidays and peak ski season makes the resort an impulse family weekend getaway, Destination Queenstown says.

The Australian airline announced yesterday it will increase its operation of three flights per week between Sydney and Queenstown by adding two extra services per week over the Easter school holidays and in support of the Queenstown ski season, with daily flights from July 4 to the end of October.

''Qantas will add more than 650 seats on Boeing 737-800 aircraft each week and the additional services will mean greater flexibility and a premium experience for our customers travelling to Queenstown during the ski season,'' Mr Hickey said.

''Our seasonal services reflect the continued popularity of the surrounding skifields and will represent a boost to the New Zealand tourism industry, particularly as Emirates will code-share on all the existing and additional services.''

Qantas also operates a weekly Brisbane-Queenstown service on Saturdays during the peak ski season, from June 28 to September 27.

''The more flights, the more capacity, the more regularity there is, the easier the decision to travel becomes and what it also does is reduces the thinking about Queenstown as a one-off holiday destination,'' he said.

''Increasingly, we're seeing repeat visitors coming, not only for a winter season, but across the seasons.''

Mr Budd said the boost was well timed for Destination Queenstown's autumn travel campaign in Australia, which starts soon, and for DQ and the wider tourism industry promoting the ski season across the Tasman.

''Sydney is an important gateway for us for short-haul travel and the new Qantas-Emirates alliance provides even greater reach, making us easily accessible to the world,'' he said.

''We know that Queenstown is a very desirable destination for Australians.''