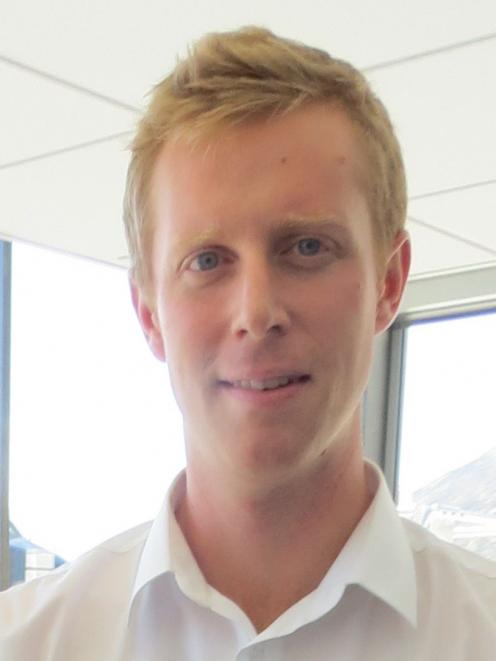 Mark Harrington
Ensuring the continued safety of all passengers and air operators in and around Queenstown is behind the Civil Aviation Authority's (CAA) formal review of the resort's airspace classification, which the authority proposes to change to class C (controlled).

Queenstown Airport Corporation operations general manager Mark Harrington said the airspace was designated class D, where aircraft have to visually avoid each other because they cannot be seen on radar.

The change would mean more air traffic control management and less self-management by pilots, putting it in the same league as Christchurch, Auckland and Wellington.

The CAA initiated the formal review, and consultation began in February.

Following a meeting in March, a document was circulated, with 21 submissions received.

The submission summary document said CAA recognised the ''symbiotic relationship'' between airline and scenic flight operators and adventure aviation industries. A significant number of passengers arriving in the resort on scheduled services were likely to experience one or more aviation-related activities while visiting Queenstown.

''However, the responsibility for the safety of all passengers, airline and other, flying at or around Queenstown is the prime consideration for the CAA.''

It found the risk of a ''traffic conflict'', or loss of separation between air transport and VFR (visual flight rules) aircraft, required ''improvement/additional mitigation''.

Despite a counter argument indicating the risk had already decreased by 59% since peaking in 2007, the CAA said Queenstown had the second-highest number of reported loss-of-separation incidents in any airspace in New Zealand.

Eleven incidents were reported between April 1, 2011 and March 31, 2014. While the five highest -ranking aerodromes had similar numbers, the other four had two to three times the number of annual movements at Queenstown.

''An absence of serious reported incidents between IFR [instrument flight rules] and VFR aircraft does not indicate an absence of risk,'' the document said.

''This is a recognised harm in itself well-known to regulatory organisations `but this hasn't happened yet'.''

However, Mr Harrington said while the number was ''a concern'' there were many ''layers of safety'' in place.

''While the term 'loss of separation' ... sounds quite dramatic, it can be very minor.

''But it's good it's taken seriously, because it stops things progressing through the more severe layers.''

The CAA document said operations at Queenstown had changed ''significantly'' in the 20 years since air traffic control was introduced. Passenger numbers were forecast to treble over the next 25 years.

Passengers were predominantly being carried by turbojet rather than turboprop aircraft, increasing the risk of exposing them to ''an airspace safety event''.

The CAA said factors driving that risk in Queenstown, particularly for IFR aircraft, were high terrain close to the aerodrome and flight paths; ''challenging environmental conditions''; the runway - ''narrow and relatively short by international standards'', with no taxiway, meaning aircraft were required to ''backtrack''; and the large volume and variety of traffic using the aerodrome and operating within the environs.

The proposal was supported by the air traffic service provider and airline operators. Hang glider and paraglider operators were opposed if it meant the existing method of activation and/or the dimensions of the general aviation areas would be changed.

Parachute operators did not state specifically whether they supported the proposal, but wanted to see a review of instrument flight rules

procedures to mitigate or minimise the effect on VFR operators.

Fixed-wing and helicopter VFR operators raised several concerns about the perceived impact on their operations and opposed a change of classification, including the potential for several VFR aircraft holding airspace within confined terrain.

The CAA agreed it was a ''significant safety issue'' and mitigation would be considered should the classification be changed.

If the designation was changed the authority would work to ensure there would not be ''an unduly adverse financial impact'' on operators, the document said.

A meeting will be held in Queenstown on Monday and a final decision on the airspace is expected in August.