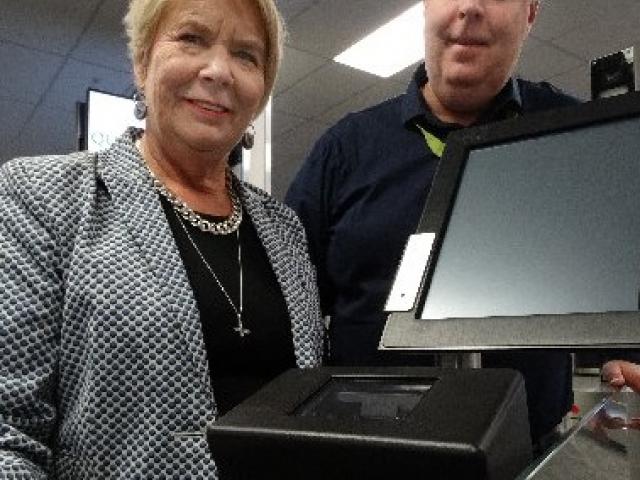 New eGates at Queenstown Airport will double passenger processing through Customs just in time for the winter rush.
Queenstown Airport posted a $4.7 million profit for the second half of last year, despite expenses increasing by 13% to $3.8 million, the council was told on ThursdayThe half-year report to shareholders showed net profit was up 23% on the six months ending December 31, 2013.
If the Queenstown Airport Corporation does not renew a lease for the Wakatipu Aero Club this year, the 45-year-old club will be forced to close.
Queenstown Airport continued its strong overall performance in December with international passenger numbers 34.4% higher than the corresponding period last year.

Queenstown's airport looks set for a record summer, as Australians descend on the lakeside resort in huge numbers.

Ensuring the continued safety of all passengers and air operators in and around Queenstown is behind the Civil Aviation Authority's (CAA) formal review of the resort's airspace classification, which the authority proposes to change to class C (controlled).
Transtasman capacity to Queenstown will be boosted by almost 50% next summer by alliance partners Air New Zealand and Virgin Australia.
A tourism ''game changer'' and Queenstown Airport's ''coming of age''.
Queenstown Airport had an especially busy month in February, when the traditional peak summer month was boosted by passengers attending the New Zealand Open and flying to Auckland events, including Bruce Springsteen's concerts.

The decision by Qantas to increase the number of flights between Sydney and Queenstown and run a daily service during the Easter school holidays and peak ski season makes the resort an impulse family weekend getaway, Destination Queenstown says.

Queenstown Airport reported a total dividend of $3.6 million for the year ended June 30, 2013, equating to about $122 per Queenstown Lakes District rateable property.
A service which allows visitors to Queenstown to spend a little extra time in the resort before their Air New Zealand flight is being trialled as a national first.
The number of passengers using Queenstown Airport for the last 12 months ending June was just short of the 1.2 million target for 2012-13 at 1,198,918, but it was still up 14.5% for the year, the Queenstown Airport Corporation says.

The number of international passengers to Queenstown Airport in June shot up by almost half as many as in the same month last year but domestic passenger numbers in June fell sharply, compared to the month in 2012.
Domestic passenger growth at Queenstown Airport may flatten for the first time in four years, following Jetstar's suspension of its Wellington-Queenstown service and depending on what Air New Zealand does.