A quest to help members of ethnic communities develop their creativity has been a driving force for a Dunedin training organisation.

The film has begun to garner interest overseas, winning best animation at the Andromeda Film Festival and also winning an audience award at the Monthly Indie Shorts online film festival.

His company provides online industry-specific training focusing on creating virtual environments and character development for the screen and games sector.

The training organisation is offering a scholarship for one person, who as part of their training will work on the Oyun’s Quest episodic series.

They will learn new skills and will also have the chance to be an intern after their training has ended.

"Through the training programme we also give them commercial software bundles that they can keep for themselves." 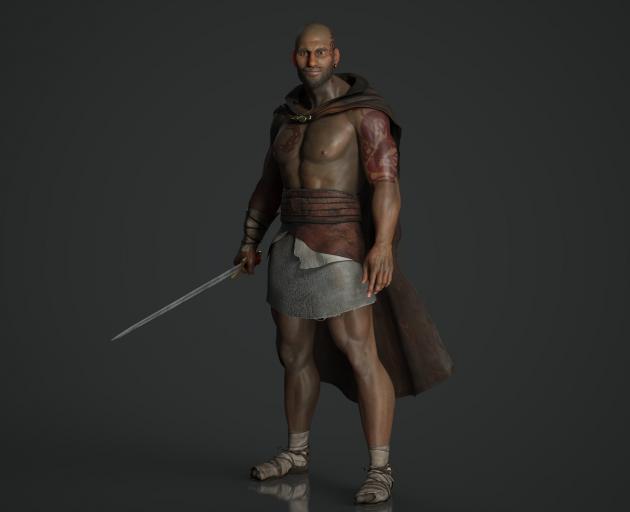 One of the characters created for the Oyun’s Quest role-playing game series. Image: supplied
Mr Sehgal has a particular interest in encouraging members of ethnic communities to take up his offer.

"I am originally from India. I emigrated here about 22-plus years back and I struggled through the creative industries, trying to break through."

In the process he noticed members of the Maori, Pasifika and Pan-Asian communities also struggled to break through, so he now wanted to give back and share his skills and knowledge to help others looking to expand their creative talents.

"So what I really want to do is give back to the communities."

The creative studio is now enrolling for its certificate in virtual production.