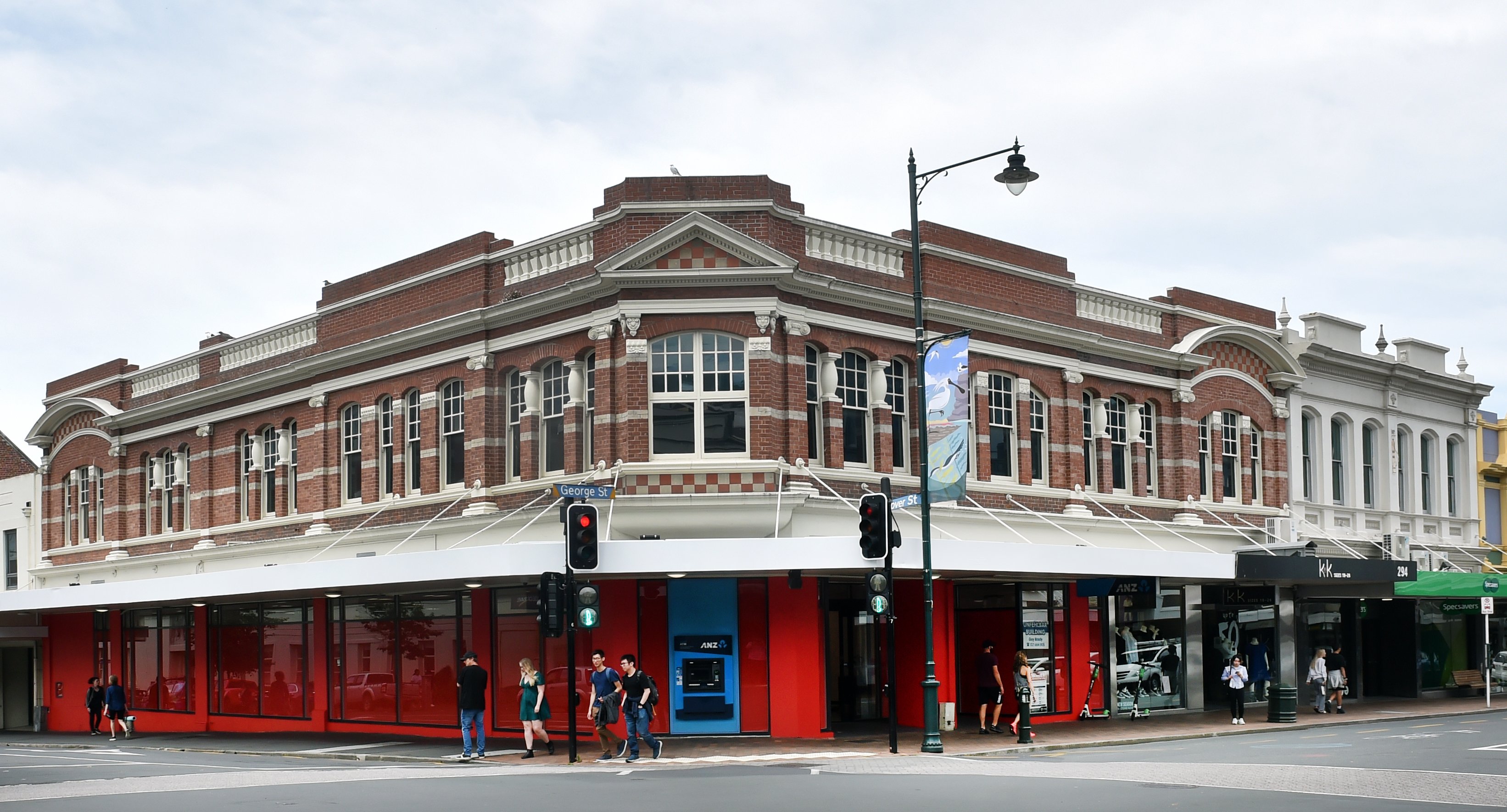 Bargain Chemist is moving into the former ANZ building on the corner of George and Hanover Sts in Dunedin. PHOTO: PETER MCINTOSH
Four national retailers are setting up shop on George St, Dunedin.

Three of them are on the "Golden Block" between St Andrew and Hanover Sts.

Cut-price pharmacy Bargain Chemist will make its first foray into Otago, moving into the former ANZ bank building on the corner of George and Hanover Sts.

Swanndri will vacate the Meridian Mall and cross the road into a larger space at 282 George St, previously occupied by Alchemy Equipment.

A third retailer will occupy the former Jay Jays site on the corner of George and St Andrew Sts.

An electronic equipment retailer is relocating along George St to the former SpecSavers site at 140 George St.

"It is contrary to what you might read elsewhere about primary retail in Dunedin," Mr Collins said.

Two of the leases had not been advertised on the market, he said.

"Tenants were actively pursuing opportunities in the Golden Block."

Bargain Chemist managing director Peter Shenoda said the George St shop was due to open at the end of February.

"This will be store No10 for Bargain Chemist," Mr Shenoda said.

"We wanted to be somewhere central that’s accessible and we’ve got a big site."

The shop will have about 25 staff and will be open seven days a week.

Swanndri chief executive Mark Nevin said the Dunedin outlet was moving from the Meridian to George St because the new space was better suited to what the company required.

"It gives us more flexibility than where we are at the moment," Mr Nevin said.

The new George St lease for 135sqm was slightly larger compared with 111sqm at the Meridian site, he said.

The plan is to open in mid-February.

The outdoor clothing firm moved into the Meridian in April 2017, he said.

The retailer signed the lease on the larger premises two weeks ago.

"I have been surprised how well retail has maintained its position," Mr Senior said.

"It’s not like there’s a whole lot of empty spaces."

Work on a substantial fit-out at the site had not yet begun.

"Four national retailers are setting up shop on George St, Dunedin."
Just one NEW retailer !!!
The rest are just jockeying for position, most likely as the rental rates drop.
Not that it will make much difference as the DCC continues to make access the CBD more difficult for those that can't walk, bike, scooter or bus there in a convenient manner.
Just more deck chair shuffling, made out to be a good thing so the passengers don't understand the consequences of the captains choices.

Why so cynical? What' so bad about walking to shop? (Lots of walking in malls and supermarkets). This looks like a good trend.

Nash, there is nothing bad about walking to shop, if that is what you want to do, are physically able to do, and have time to do. Those "ifs" rule out walking to shops for a significant number of Dunedin people. That's fine when it works for the retailers. Others who find takings are better when customers can park conveniently close to their businesses, are moving away from the CBD. They cannot afford to hang around while their potential customers shop elsewhere including online. They are not in business to provide an exciting environment for walkers to stroll vibrantly around in, in what is ironically still called Dunedin's Central BUSINESS District.