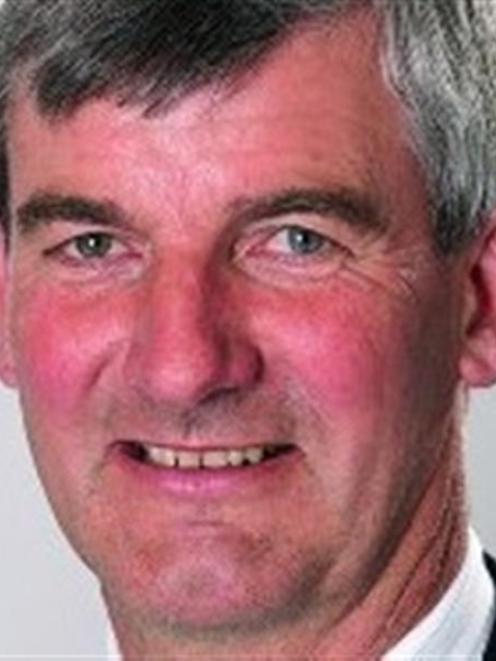 Murray Taggart.
Silver Fern Farms has suspended trading of its shares on the unlisted exchange until further notice, as it appears to be in the final stages of its capital-raising process.

The company made the announcement yesterday, saying it continued to progress its capital-raising initiatives and that no further comment would be made at this time.

A recent update to suppliers said it was expected to announce its position, regarding new investment in the company, next month.

It was looking for outside capital to accelerate debt reduction and invest in value-added and plant improvement. Shares last traded at 35c.

The way the currency had moved in recent times made it ''far more attractive'' for offshore parties to be involved.

Farmers were not going to be ''putting their hand in the back pocket or opening the cheque book'' to capital-raise any further.

It remained to be seen whether an offshore partner taking some form of ownership was palatable to shareholders, but it appeared to be the only option the company had, Mr McIntyre said.

Silver Fern Farms is organising a meeting to consider a proposed shareholder resolution, asking the board to provide all shareholders with a full analysis of the potential benefits and risks of a merger with Alliance Group, along with a comprehensive risk mitigation plan verified by an independent firm.

That was driven by a group, led by Allan Richardson and John Cochrane, who were concerned the capital being sought by the co-operative would probably be foreign capital.

It believed a merger with Alliance Group was a very good option.

Earlier this week, Alliance Group chairman Murray Taggart confirmed Alliance Group had received a request to call a special meeting of shareholders to discuss the same resolution, after its shareholders also passed the threshold required to force such a meeting.

But Mr Taggart believed ''the size of the merger prize'' identified in a Meat Industry Excellence-commissioned report earlier this year was unrealistic.

International consultancy firm GHD suggested more than $400 million in gains were available over five years from a merger of Alliance Group and Silver Fern Farms.

It also believed more than a billion dollars in savings could be realised from a rationalisation process that involved the four largest companies: Silver Fern Farms, Alliance Group, Anzco and Affco.

Mr Taggart said the company had examined the costs and benefits of different consolidation options in detail, including the proposals in the MIE report.

It had met MIE and intended meeting the group again later this month. Based on the information it had, the company believed the ''size of the merger prize'' identified by GHD was unrealistic.

Alliance Group continued to look at various merger and acquisition opportunities but, for any transaction to proceed, it needed two willing parties who were profitable, had strong balance sheets, certainty around livestock supply and were operating in a stable/growing business environment, Mr Taggart said.

''While these requirements have not been met to date, we are continuing to explore worthwhile solutions that do not require equity injections from, or result in price reductions for, our shareholders, or expose the company and farmers to unnecessary risk.

''Mergers and acquisitions could be part of this but they are not in and of themselves enough to deliver farmers what they are looking for,'' he said.