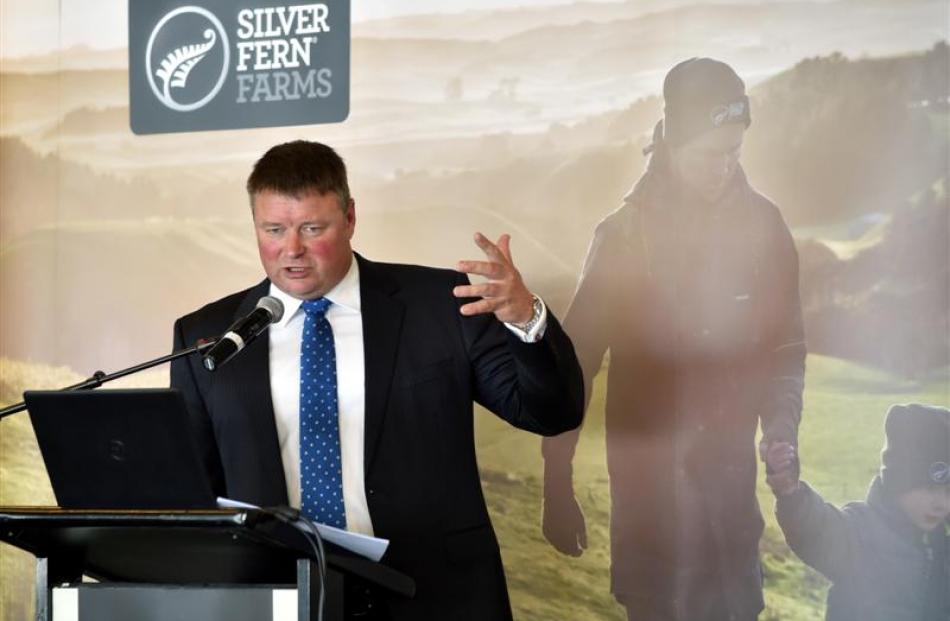 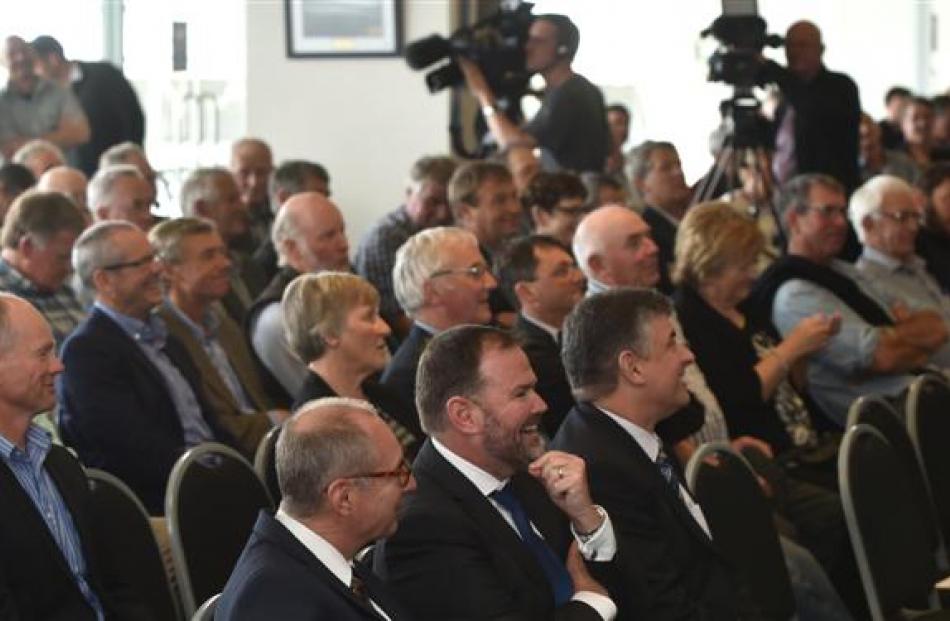 Silver Fern Farms faces a new problem of how to manage its share register after the Dunedin meat company yesterday received overwhelming support for its joint venture with China's Shanghai Maling.

The co-operative received 82% votes in favour of the proposal. Shanghai Maling, a listed company in China, will vote on the deal on October 30.

But with the Chinese Government-controlled Bright Food Group owning 38% of Shanghai Maling, and supporting the deal, the vote is expected to easily pass.

New Zealand's Overseas Investment Office and Chinese regulatory authorities are expected to reach their decision on the joint venture in six to nine months.

During the question time at the meeting, chairman Rob Hewett was asked about the share price rise, and what that could mean for existing shareholders and new suppliers wanting to become shareholders.

Mr Hewett said he could not understand why the shares had spiked so much in price after the announcement.

They were trading at $1.45 yesterday compared with 40c when they went into a trading halt before the joint venture announcement last month.

Silver Fern Farms had supplier shareholders and retail investors on its registry.

Dairy giant Fonterra had the same difficulty when its shares got to $8, he said.

New entrants were put off by the price but some existing shareholders decided to take the cash before going to the opposition, something Mr Hewett did not regard as fair.

There would be concern about Silver Fern Farms diluting the registry by issuing new shares, he acknowledged.

Craigs Investment Partners broker Chris Timms said in an interview there were several ways Silver Fern Farms could manage the introduction of new suppliers while keeping faith with existing shareholders.

But there was no way the co-operative could favour supplier shareholders over retail investors, he said.

One of the problems Fonterra had was tying its shareholding to the amount of milksolids produced.

When the shares went to their peak, farmers found the price too onerous.

To help solve that problem, Fonterra introduced a ''share-up programme'' which allowed people to buy in over three years.

Silver Fern Farms would need a fair way of allocating shares to new suppliers, perhaps tying it to meat produced.

They were likely to trade at a discount, Mr Timms said.

Farmers might elect to pay off their shareholding through their kill sheet with the the new company over a set period.

''It all comes down to amount of shares they are prepared to own. Success breeds success. If the company grows, then income will grow and the shares will rise in value. That will attract people to invest - from suppliers to retail investors - provided the cost is not too great.''

Silver Fern Farms needed to tidy up its registry, perhaps by introducing a minimum shareholding of 5000 shares - about what other companies its size would have in place, he said.

Separately, Mr Hewett urged shareholders to become involved in the process of electing the new directors to the joint venture company.

The co-operative and Shanghai Maling would each have five directors.

Two of Shanghai Maling's directors would be based in New Zealand and one of them would need to have a ''deep understanding'' of the meat industry.

''It will be the responsibility of shareholders to elect the best people to the board. We will each have five. Running a $2.3billion enterprise operating in 60 countries is different than being on the school board of trustees.''

Although the Shanghai Maling joint chairman would have casting vote on some issues, Mr Hewett believed it was unlikely to be used.

• No group of shareholders can be favoured

• Call for minimum shareholding to be introduced

• Shareholders urged to get involved in elections