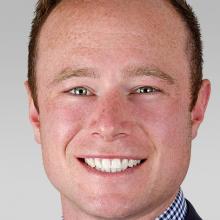 Damian Foster
Skellerup's industrial division was the standout in the first half of the 2018 financial year, Forsyth Barr broker Damian Foster said yesterday.

The division lifted its earnings before interest and tax (ebit) by 40% against the still solid 13% growth for the agricultural division.

Skellerup reported an operating profit of $21.3million for the six months ended December 31, up 26% on the $16.9million reported in the previous corresponding period.

Mr Foster said industrial growth was driven by an improvement across all applications and markets, particularly  water and waste. Growth in the agricultural division was driven by international markets. New Zealand was solid after a very strong fourth quarter in 2017.

"Skellerup has generated good operating leverage in the first half with profit margins improving for both divisions. Ebit margins improved from 11.4% to 13.6% for the industrial division and 20.4% to 22.1% for the agri division."

Skellerup chairwoman Liz Coutts said in a statement the improvement in revenue and earnings could be attributed to the reshaping of operations around the world, continuous and efficient product development and reducing exposure to industries affected by commodity cycles.

"It is extremely encouraging our growth is broad-based and continuing to gather momentum."

"This has led not only to growth in our share of their business but also opportunities for new product development. At the same time, we have better aligned our development processes to ensure we are completing new product designs in less time."

"This growth reflects our continued success in developing innovative and high-quality dairy components and specialist footwear designed and manufactured to meet the specific needs of customers," Mr Mair said.

"As our home market, New Zealand remains hugely important to us, but increasingly opportunities for growth are to be found overseas."

Skellerup provided 2018 guidance for the first time with its reported profit expected to be between $24.5million and $26million, reflecting the 14% growth based on the midpoint.

Dividends would be partially imputed in the future, earning partial imputation of about 60% compared to 100% now.

The change in mix of domestic versus international revenues had not been as marked previously. Fully imputed dividends in recent years had been assisted by an imputation credit balance which had now wound down, he said.