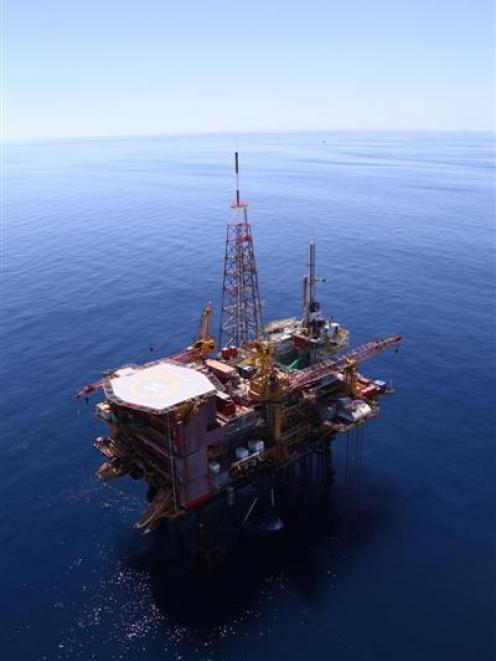 The Archer rig is being used on Maui A and is largely automated for enhanced safety. Photo supplied.
A significant gas find in the Great South Basin would provide the largest economic boom to New Zealand people would ever remember, Milford Asset Management senior analyst William Curtayne said yesterday.

Mr Curtayne, of Auckland, specialises in the resource sector and closely monitors the oil and gas sectors in both New Zealand and Australia, particularly the liquefied natural gas sector in Australia.

Liquefied natural gas plants being built in Australia ranged in price from $US15 billion ($NZ18.12 billion) to $US50 billion ($NZ60.4 billion). The latest one completed cost $US30 billion, he said.

A find in New Zealand would involve a facility somewhere in the middle of the range and would take five years to construct.

Mr Curtayne said technology had improved significantly since the Maui gas field, off the coast of Taranaki, was found. Then, the gas was pumped into the domestic market.

''These countries don't want to be too reliant on the Middle East or Russia for their gas. If Russia turns off the pipes, they run out of gas. They are looking for diversity. Australia is one major supplier and if they can get gas from New Zealand, that would improve their market.''

Although Maui was a large field, it was not large enough to contemplate building large liquefied natural gas plants, Mr Curtayne said.

A field would need to have a 16-to-20-year life to justify a facility - vast volumes of gas.

Some of the other considerations included the cost of getting the gas out, the value of the New Zealand dollar, oil and gas prices, and whether contracts for selling it could be locked in for the long term.

''But it can happen if the field is large enough.''

Shell was the industry leader of ''floating lng'', he said. Most gas was liquefied on land in large ''trains'', some of them as long as four football fields.

Shell was commissioning the first floating facility - a massive ship in the north west of Australia. The gas would be pumped on to the ship, liquefied, pumped on to another ship and taken to a customer.

If a large field was discovered in the Great South Basin, Shell would consider making a liquefaction facility on land or using a ship offshore, Mr Curtayne said.

Shell NZ chief executive Rob Jager indicated to the Otago Daily Times the cost of drilling the well could range between $100 million and $200 million.

Mr Curtayne said Shell would spend about $100 million proving the find, if it found gas, over about five years. Further drilling would entail a substantial amount of money and attract interest from other oil and gas companies.

Some companies would look for a joint venture with Shell and others would ''flock'' to the South looking for opportunities.

''This is one of the most exciting things we have heard. A big find of gas is very exciting.''