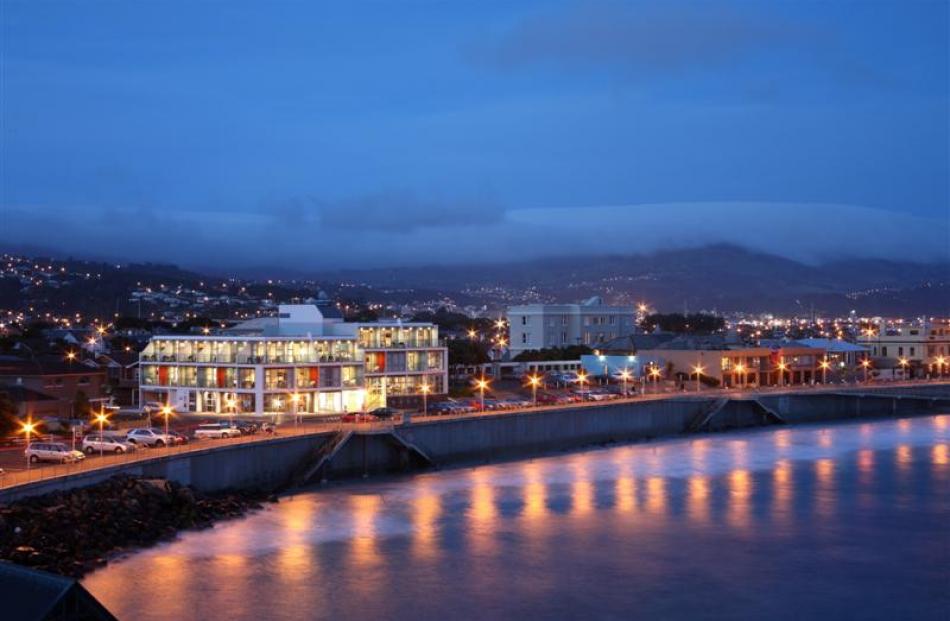 Buyers are still looking at Hotel St Clair (pictured), while two separate development projects at the other end of the Esplanade remain in contention. Photo by Graham Warmans.

Construction of St Clair's twin $3.2 million commercial and apartment project in Bedford St and Forbury Rd could be under way by the new year and initial ground work is expected to be completed by December.

Tender documents for builders are expected to be out by December.

A separate, potentially $5 million to $7 million six-apartment-only development on the Esplanade seafront at St Clair remained ''live'', but was at present ''on-hold'' over negotiations with a possible buyer, a spokeswoman for the Wellington-based developers said yesterday.

Restaurant chain operator Murray Macarthy said the Forbury and Bedford sites, which overlapped on their rear boundaries with four car parks, had been handed over to Dunedin project manager Logic Group, which would finalise plans and oversee resource consent applications.

Mr Macarthy has owned the Forbury Rd site for about 15 years.

It is a cleared section, and a residence in Bedford St will be demolished to make way for the second site.

The design use of the two, three-storey buildings has been changed.

The Bedford St ground floor is still being prepared for a bakery, but both levels one and two will be for office space.

In Forbury Rd, there will now be just one ground floor restaurant space, and levels one and two will now have two apartments each.

Mr Macarthy said he was sticking with his original business model to sell the four apartments and lease out the four, separate commercial spaces.

He was unable to give an estimate of the cost of the apartments, which had to be revalued now that the four had been combined to one site, he said when contacted.

Cost estimates of $3.5 million for the project had been refined by a quantity surveyor to $3.2 million, plus some fees, Mr Macarthy said.

''If the project is to go ahead, there isn't a better time for it,'' he said.

Subject to any unforeseen ''surprises'', Mr Macarthy said he expected the ground works to begin through November-December, in preparation for foundation construction work, which could start late December to early January, depending on the builder's timeframe.

• Negotiations are still ongoing with ''several parties'' over the potential sale of the five-year-old Hotel St Clair, at the southern end of the Esplanade, Colliers spokesman Barry Robertson said when contacted yesterday.

The 26-room, three-storey hotel and restaurant, with a capital value of $6.85 million, is for sale by the family-owned Calder Stewart construction group.

The hotel was understood to have a $10 million valuation.