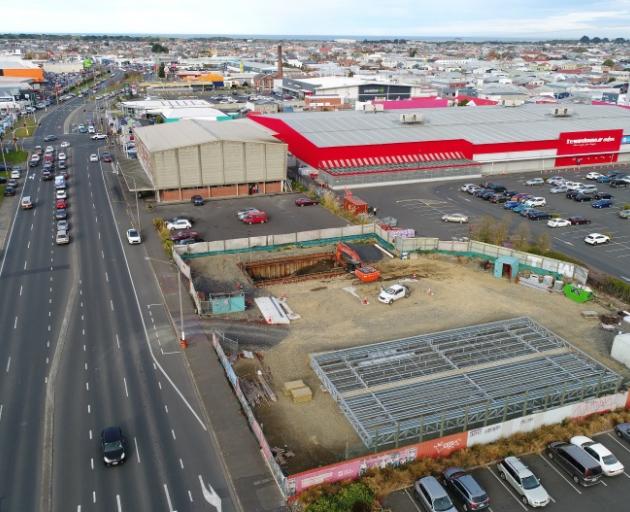 Back to work ... Contractors resume work on the new NPD station at 223 Andersons Bay Rd yesterday.PHOTO: STEPHEN JAQUIERY
Covid-19 restrictions have pushed the opening date for the new Nelson Petroleum Distributors [NPD] station on Andersons Bay Rd out to the end of August.

The self-service NPD station with six double-sided petrol and diesel pumps was supposed to open in March.

Contractors resumed work at the site yesterday and NPD chief executive Barry Sheridan said they would be working hard to get the store open before September.

‘‘Andy Bay is a great location because it’s so convenient and easy to access for both local people as well as commuters. For NPD, it’s a strong addition to our ... network as we continue to develop across the South Island.’’

The Andersons Bay NPD is also expected to eventually have a ‘‘Refresh’’ convenience store and cafe. It will have a forecourt and a canopy.

It will also sell NPD’s new 100Plus fuel, which it describes as ‘‘one of the highest octane road-legal petrol grades to be offered in New Zealand’’.

NPD also has stations in Port Chalmers and Green Island.

Another new station would open in Cromwell this Friday , the company said.

NPD has 70 sites in the South Island, with a further 16 to be added over the next 12 months.

The family-owned fuel retailer is expanding into the North Island later this year, opening sites in Porirua, near Wellington, and in New Plymouth, before Christmas.

‘‘NPD has currently committed to six high-profile North Island sites, five of which are under contract,’’ Mr Sheridan said.