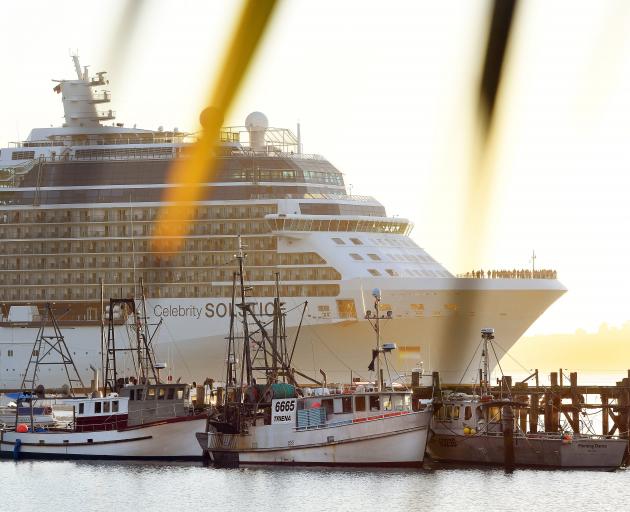 Despite the transtasman bubble being opened, cruise ships are still banned from entering New Zealand waters until at least June 30.

However, the New Zealand Cruise Association believes cruises have been unfairly targeted.

The association has proposed a staged re-entry for the industry, starting with New Zealand-only passengers, then bringing in Australians.

Chief executive Kevin O’Sullivan acknowledged it would be a while before passengers from other countries would set sail around New Zealand.

He said there needed to be a change of willingness from the Government as soon as possible if ships and crews were to be ready for the upcoming season.

"We are capable now of operating New Zealand cruises and then New Zealand and Australian cruises quite comfortably and safely.

"It is frustrating because as time goes on it is less and less likely we will see cruises this season because it takes time to get crews and ships ready.

"Initially we need an indication of willingness from government that they are willing to go through a process with the industry to bring shipping back,

"That would give the industry indication that with protocols in place shipping could come back," he said.

The industry met monthly with the Ministry of Business, Innovation and Employment and was recently meant to meet Minister of Tourism Stuart Nash but that was put off until next month, Mr O’Sullivan said.

Norcombe Barker, of Larnach Castle, said they would welcome cruises back, however it needed to be safe.

He said cruise ship passengers were a big part of their business before Covid.

While cruising may or may not be on the cards here, it has been available since July last year in Europe, and in America will restart in July, with full occupancy expected.

All passengers and crew will have to be fully vaccinated against Covid-19.

Tony Boomer, of Dunedin’s House of Travel, said cruises in the UK sold out within minutes.

"My personal opinion is they have been targeted quite unfairly.

"I don’t see any reason why a properly vaccinated crew that has been isolating for however long offshore couldn’t take cruises around New Zealand and even extend that to the transtasman bubble as well.

In the season before the pandemic put the industry on its knees, Port Otago had 115 cruise ship visits, which produced 20% of its revenue.

Chief executive Kevin Winders said the port only wanted to see cruises back when it was safe to do it.

"We would like to see a fair bit of work completed and both the shipping lines and the ports would be organised and staffed up ready for the new protocols.

"We’re eager to do that and get in and support the safe return of cruises. Effectively we just need a green light from government in due course, which I am sure will come. It is just a matter of when that date occurs," he said.

The New Zealand Cruise Association will hold a conference in Otago next month to talk with local tourism operators.

Minister for Covid-19 Response Chris Hipkins told the New Zealand Herald the Government was very aware of the extremely high risks presented by cruise travel during the early stages of the pandemic last year.

"Any potential return for cruise ships will have to be guided by very stringent public health advice.

"At this time, cruise ships are explicitly excluded from participating in the quarantine-free travel arrangement between Australia and New Zealand. At this stage, there’s no timeframe for when this may alter. Domestic cruise ships travelling within New Zealand waters are currently allowed to operate."