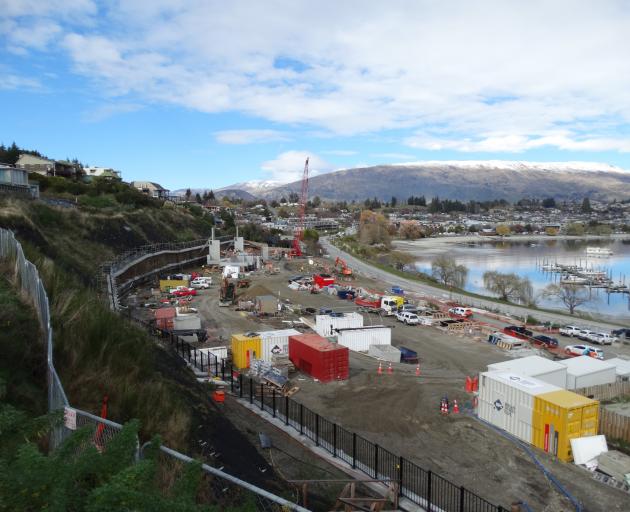 Up-to-$3.6million apartments are being built with views over Lake Wanaka. PHOTO: MARK PRICE
With the average price for a house in Wanaka now standing at $1.2 million, Mark Price spoke to developer Matt Tuck, who is operating at both ends of the market.

Developers of 42 townhouses in Albert Town are banking on a relatively new trend in holiday house ownership in Wanaka.

Gone are the days, it seems, when Dunedin and Invercargill residents dashed off on Friday afternoon to their Wanaka crib to mow lawns and repair frost-damaged pipes.

What they want now is a townhouse to use for a few weeks of the year, which they can rent to tourists to pay the mortgage the rest of the time.

That is what a group of Auckland, Queenstown and French Polynesian investors, led by Wanaka developer Matt Tuck, put on the market earlier this month, and 30 of the 42 townhouses are able to be used for visitor accommodation.

"A million years ago, people had Saturday and Sunday off and so they would mow the lawns, clean the car, clean the house.

"They want to enjoy themselves."

Prices for a townhouse on The Riverside Residence development next to the pub and shop at Albert Town begin at $399,000 plus GST, which Mr Tuck believes provides a cheaper way into the Wanaka housing market than standalone houses.

And, he says, they were $50,000 and $100,000 cheaper to build than apartments, because of different fire, stairway and pathway requirements.

"By eliminating all of those, I'm quite sure we've created a much better product at a lower price."

The townhouses were also on individual freehold titles and there were no body-corporate fees.

"There are a lot of people out there that don't like the uncertainty of what a body corporate might bring."

The first stage is due for completion in March next year.