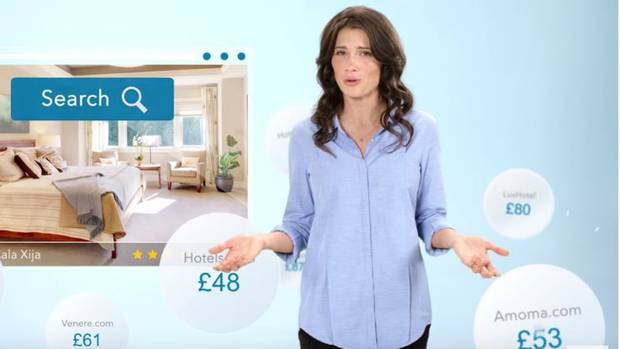 Trivago has been found guilty of misleading and deception conduct by Australian Federal Court
The Commerce Commission says it has received 18 complaints about travel comparison website Trivago.

Trivago, part-owned by US-based Expedia and rival Booking.com, has been found guilty of misleading and deceptive conduct by Australia's Federal Court for suggesting that top-listed prices on properties advertised on its site were the best.

But hotels were instead found to have been ranked based on how much commission each paid Trivago.

The Commerce Commission has since confirmed to the New Zealand Herald that the consumer watchdog had received 18 complaints about Trivago over a five-year period, starting from January 2015.

A Commerce Commission spokesperson said it had no current investigation into Trivago's practices in New Zealand, but noted the probe brought to court by its counterpart across the Tasman, the Australian Competition and Consumer Commission (ACCC).

It said it would continue its communication with the ACCC to ensure changes to the company's practices would be replicated in New Zealand.

The commission investigated Trivago's pricing in relation to "additional taxes and tariffs" in 2018 but decided not to take enforcement action, the spokesperson said.

"We have been in contact with the ACCC about their Trivago prosecution but our investigation was into different conduct to that investigated by the ACCC," the spokesperson said.

"We will continue to liaise with the ACCC on Trivago with the objective of ensuring that any changes made by Trivago to their practices as a result of the case are also made in New Zealand."

In the Australian court, Trivago was found to have not suggested the best prices on its website as it had claimed, and that the best prices were in fact filtered out of its list.

In some cases, it was found to have compared prices of standard and luxury rooms.

The Australian Federal Court will schedule a hearing in coming months to determine the penalties, the Australian reports. The newspaper reports that Trivago changed some of its tactics following the ACCC's initial probe.

In August, ACCC said it had instituted proceedings against Trivago for misleading hotel pricing representations in its television advertising and website, in breach of the Australian Consumer Law.

The ACCC alleged that Trivago advertisements that ran from December 2013 presented itself as an impartial and objective price comparison service that helped to identify the cheapest prices for hotel rooms, but it instead prioritised advertisers who were willing to pay the highest cost per click to the company.

"We allege that because of the design of Trivago's website and representations made, consumers were denied a genuine choice about choosing a hotel deal, by making choices based on this misleading impression created by the Trivago website."

Last year, New Zealand's Commerce Commission outlined online retailing as one of its main focus areas for the 2019/20 year.

In an interview with the Herald, Commerce Commission general manager of competition and consumer Antonia Horrocks said the watchdog was working to stamp out misleading "pressure tactics" used by retailers to rush purchases online.

Phrasing such as "Only five rooms left", "the offer finishes in 24 hours" with a countdown or "[insert name] from Auckland just bought," often used by comparison sites such as Expedia and Booking.com, would be vetted by the commission, Horrocks said last year.

Such comments were identified as pressure selling or "nudge" tactics - a concern within online retail, that was first identified at the International Consumer Protection and Enforcement Network's (ICPEN) "Internet Sweep Day" last year where enforcement agencies from around the world reviewed websites at the same time to identify sales tactics used online globally.

There is more to the story not yet investigated - namely Trivago only lists accommodation provider options through outlets (Agoda, Expedia, WOTIF, Booking.Com, BOOKIT etc.) they own through affiliates of both Expedia and Booking.Com. Often local provider websites, independents and provider owned sites are not reflected/reported on Trivago; they may offer cheaper options and option to directly contact the accommodation provider and that is not offered as an available rate.

Hopefully they will now stop the brazen and repetitive ads on TV?