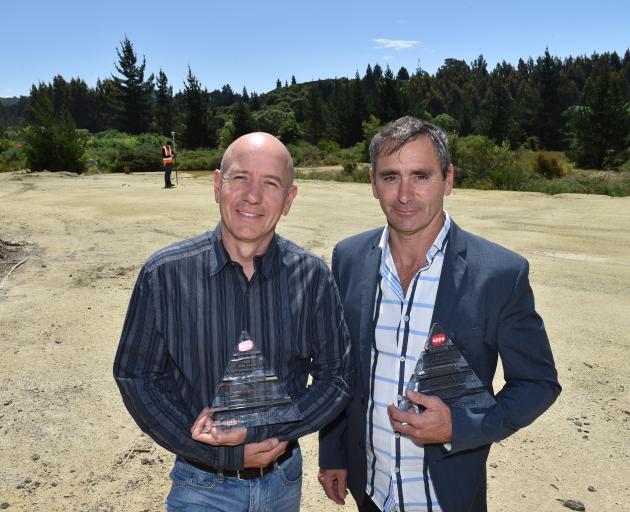 The company says the new development will be located on a recently acquired 8ha site near its present 4000sqm factory and warehouse in Fairfield. It is expected to be complete by 2021.

Tuapeka chief executive officer Greg Jolly said there were plans to add an additional 12,000sqm factory and warehouse extension, the cost of which could come in at "many tens" of millions.

He said the development might be offered to the market as a managed investment scheme, in a similar vein to what the company did with its present factory, though the ownership structure had "yet to be confirmed".

In line with the company’s commercial growth, staff numbers were expected to increase by about 200 to some 600 staff within two years, and possibly 800 by 2024, he said.

"Our factory, our warehouses and our offices are at capacity. We are already filling every building and that is coming with challenges, not least of which is parking."

The promotional products wholesaler, founded in the South Otago town of Lawrence by Jim Robertson in 1987, relocated its operations and around 68 employees to Dunedin in 2014.

When Mr Jolly joined six years ago, he thought the company would "be lucky" to get over a hundred staff.

Instead, the company has added about 80 staff a year over the period since, making the decision to move into the Australian market, using the business philosophy it developed in New Zealand.

"Nobody was really doing what we did in Australia, quick service, and an interactive approach with customers."

Mr Jolly said what it really came down to was the attitude and leadership of shareholders and the team.

"From the board to the manufacturing floor it’s the same — we get through any roadblocks in our way."

That attitude has resulted in the company recording a phenomenal growth rate in revenue of 4677% since its move to Fairfield, on the back of annual double digit growth into its core Australian market on the popularity of its Trends Collection brand.

In addition to now employing numbers roughly roughly equivalent to the population of the town in which it was founded, its level of growth has netted a slew of awards, including the best medium international business award at the NZTE Otago export awards, the regional Fast 50 and a Deloitte Fast 50 Master of Growth placing.

Mr Jolly is also proud of the "Peoples Choice" award the company scooped from the Australasian Promotional Products Association this year.

Mr Jolly said, when the company relocated from Lawrence, about 50% of its turnover was in the promotional pens market.

"Last year, we printed more than 14 million pens, but as a category it’s slipped to third, behind bags and drinkware."

He said having 10,000 separate orders going out of the factory every year, the main challenge was getting logistics right.

"That means working very closely with suppliers like TNT and Air New Zealand cargo, ensuring a five-day order turnaround to anywhere in our market."

Mr Jolly said, at the outset, the company had been fortunate to be able to secure new employees after the closure of Cadbury’s.

"We picked up 90% of the Bell Tea workers who had suffered that closure, so it was great to have been there for them to get work instead of having nowhere to go."

He said the company was always seeking new talent, which was the heart of the business.

It was also a truly diverse group, he said.

"One of our managers has five calendars from different countries up so she can keep track of cultural events and holidays, so everybody learns from everybody else," he said.