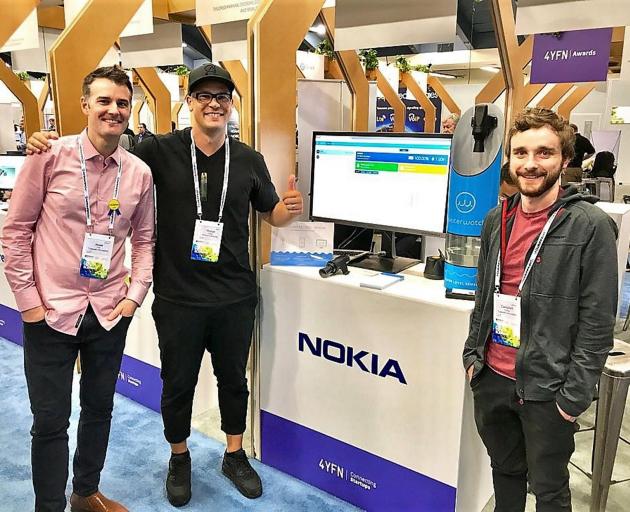 It has  capitalised on the city’s Gigatown competition win in 2014 and  become connected with Nokia’s IoT (Internet of Things) community which had "opened doors", director Jesse Teat said.

One of those was the ability to connect with T-Mobile, one of Nokia’s clients, with two engineers sent to Seattle to spend a week testing the new NB-IoT network.

That was a cellular network that would be launched worldwide and was an upgrade to current 4G cellular systems.

What it essentially meant for people was the 4G network had been split into different categories, Mr Teat said.

For consumers  who watched videos, there was high band width, then there were smaller  segmented chunks for things like irrigation systems  "that just need a little bit of data every now and then".

A water level sensor developed by Tussock Innovation fell into that category, along with a few other devices it had been making in partnership with other companies.

Through its partnership with Nokia, it went over to T-Mobile to test the new network and discern whether that product could be of use  in New Zealand and if the network would be suitable.

It turned out well. Tussock Innovation was the first company to have tested the product on the T-Mobile network and it virtually worked straight away.It was in true Kiwi style, using "a few number-eight wire techniques" and the T-Mobile team were "elated" with the way it worked.

The following week, Tussock Innovation was part of T-Mobile’s big product launch, with more than 1200 guests.

Mixed in with that was North America’s mobile network trade show Mobile World Congress Americas which saw more than 30,000 people through a day in San Francisco.

Nokia was invited to have a booth that Tussock Innovation set up and ran, demonstrating its Waterwatch LS1 water level and flood abatement sensor.

As well as being ideal to monitor infrastructure for city councils and to improve surface flooding, it had  many other applications.In the agricultural sector, it could be used for monitoring such  things as effluent and water tanks, along with rivers and ponds.

The response was "pretty good", particularly given recent flooding in the US.

"Everyone could see the use and we were getting good feedback," Mr Teat said.

It was Tussock Innovation’s first public launch of the product and it was exciting, he said.

Nokia and T-Mobile were working on ways to use it as part of a council-based system, to sell to councils.

At the T-Mobile product launch party, Tussock Innovation’s CTO Mark Butler said they wanted a way to demonstrate their product working on the new network.

As Mr Teat said, stormwater monitoring was "not exactly sexy", so they thought they would "mix it up a little bit".

Given it was a cocktail party, they put the sensor in the top of beer tower and filled it with bourbon, pouring shot glasses for those attending, with their dashboard displaying how much was left in the tower and how much people were pouring.

Tussock Innovation was also excited to recently be named One to Watch in the recent Deloitte Fast 50 regional awards.

That allowed them to travel to the national awards and to learn from companies that had growth success, Mr Teat said.

Now back in New Zealand, things were happening quickly with a product launch, and then another to be held later in the year for a household consumer-level product in partnership with an Auckland company.