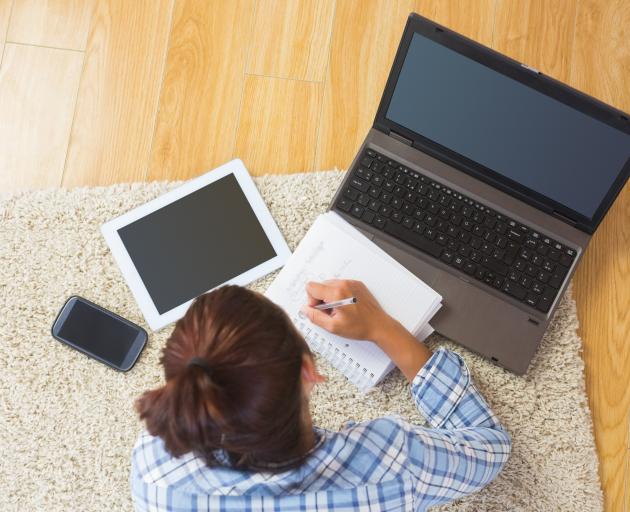 While the setting is not a lockdown, it encourages people to work from home where appropriate and also allows businesses to remain open.

Employers spoken to were either operating in a spilt office system or giving at-risk staff the option to work from home or in the office.

The university’s vaccine policy meant everyone on campus was either vaccinated or exempt.

At-risk staff, close contacts and staff who were not required to be on site were able to work from home.

Forsyth Barr’s staff were working in a hybrid model, meaning some staff were in the office and some were at home.

ANZ, the country’s largest bank, said most of its office staff had returned to working from home under the Red setting apart from a small number of essential staff who were working in its corporate sites with protection protocols in place.

Vodafone had asked all of its staff, based at its head office in Auckland, to work from home until further notice.