You name it, they grew it: produce operation for sale 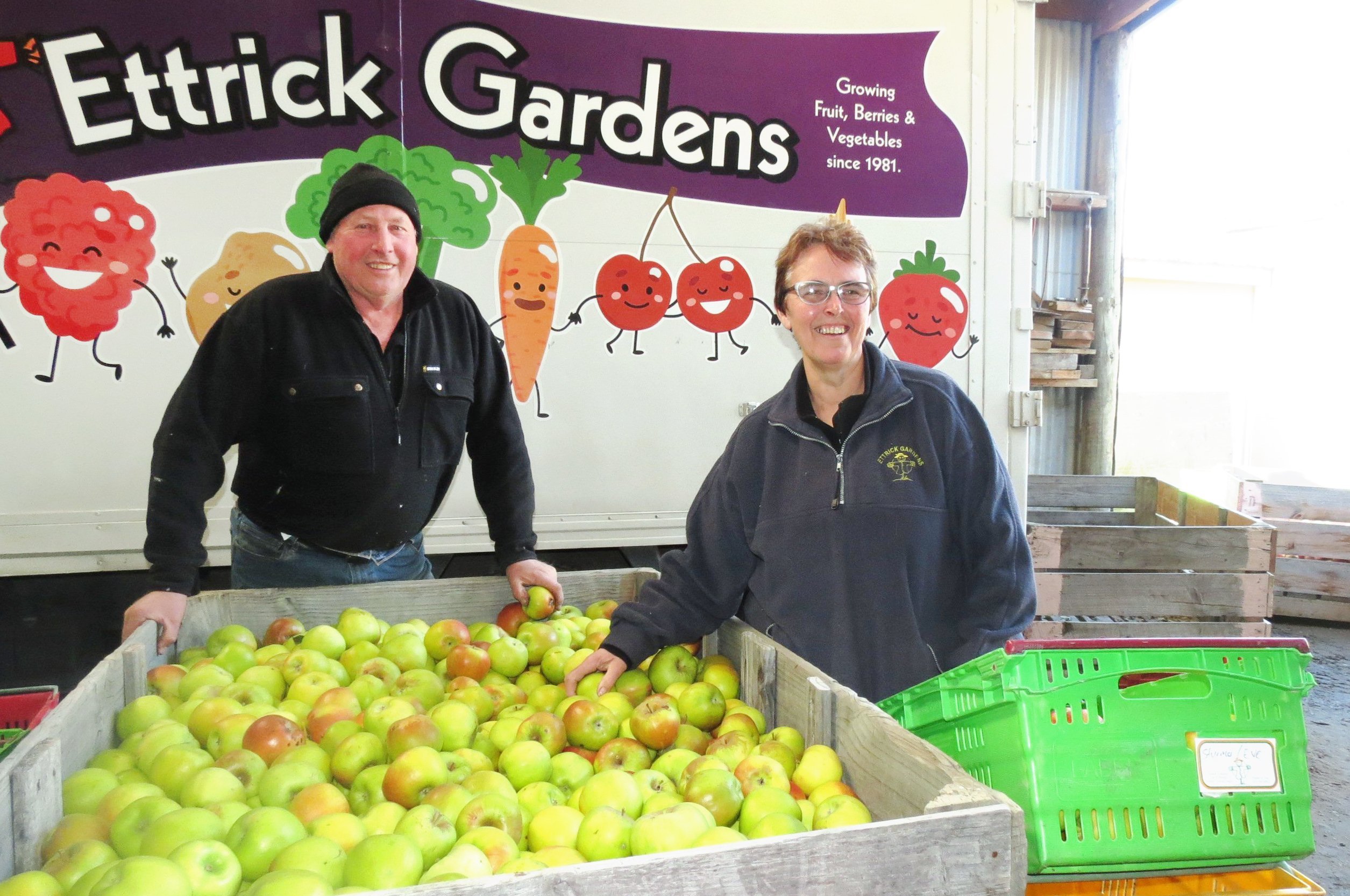 John and Heather Preedy, who are selling Ettrick Gardens, grow an alphabet of produce, from apples to zucchinis. PHOTO: TRACIE BARRETT
When Heather McLachlan’s orchardist parents offered her the opportunity to take over their Teviot Valley business, she was not interested.

She can now see the irony in that, having worked the land next to to her family home since November 1981 with the man she married that April, John Preedy.

The couple now have Ettrick Gardens for sale as a going business and plan to move back into Mrs Preedy’s family home.

She said her parents, Gordon and Edna McLachlan, had an orchard in Roxburgh-Ettrick Rd with a villa built in 1912, one of the first houses to be constructed in the valley. The land was subdivided when her parents retired, with the house and 5000sq m of land retained.

"They asked me first if I wanted to be an orchardist but I said no," Mrs Preedy (61) said.

She remained an important part of the community, however, working as a dispensary assistant at the Roxburgh Pharmacy.

John Preedy (right) helps KiwiHarvest driver Allan Croad load fresh fruit for distribution to those in need. PHOTO: SUPPLIED
Mr Preedy (65) also has long ties to the local area and its orcharding past.

Born in Roxburgh, he said his parents had a small property just outside the town that had been his great-grandmother’s.

"She was one of the early ones who planted apricot trees," he said.

"My great-grandfather was a dredge master on the Clutha."

Mr Preedy trained as a tractor mechanic at Robb’s Garage, another old Roxburgh icon, and continued to tend an apple and pear orchard at his home.

In 1981, when Ettrick Gardens came up for sale, the couple decided to buy. Thus began their long career as fruit and vegetable growers and sellers, raising a son and daughter along with a huge variety of produce. 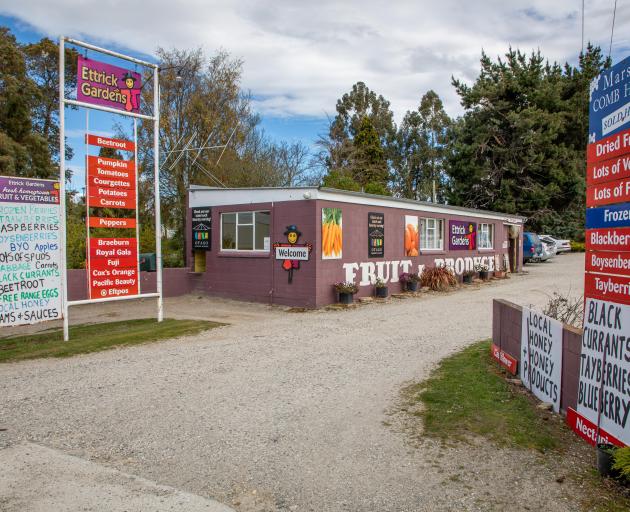 Before that time, Mr Preedy "did a reasonable amount of fishing", but that fell by the wayside with the everyday work of running their 8.96ha property and business, plus a long Saturday each week selling direct at the market.

They liked to be on the road by 3.20am, having loaded up the previous evening, Mr Preedy said.

Working at the market also brought the couple into contact with KiwiHarvest, a food rescue organisation that distributes surplus food to foodbanks and other non-profit groups.

The Preedys donate surplus product at the end of each market day.

"We have something that they can make use of, so we give it to them," Mr Preedy said. 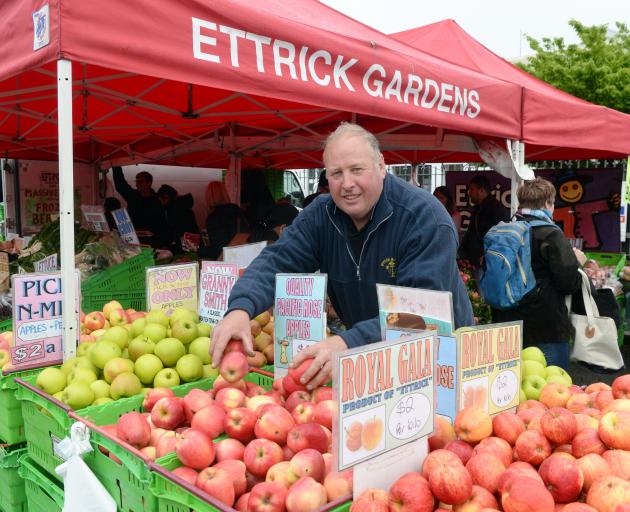 John Preedy (right) helps KiwiHarvest driver Allan Croad load fresh fruit for distribution to those in need. PHOTO: SUPPLIED
Asked what produce they grow on their property, Mrs Preedy started listing a range of fruit and vegetables too extensive to note.

"From asparagus and artichokes through to zucchinis."

One large change she had seen over the decades was the shift in people’s eating habits — fewer shoppers had known what a zucchini was 40 years ago.

During their 40-plus years as growers, the pair had invested heavily in machinery to make the job easier and to become more self-reliant, but harvesting vegetables was still quite labour-intensive, Mr Preedy said.

As growers and direct sellers, Ettrick Gardens does not sell through supermarkets and Mr Preedy said that was another change he had seen in the past four decades. 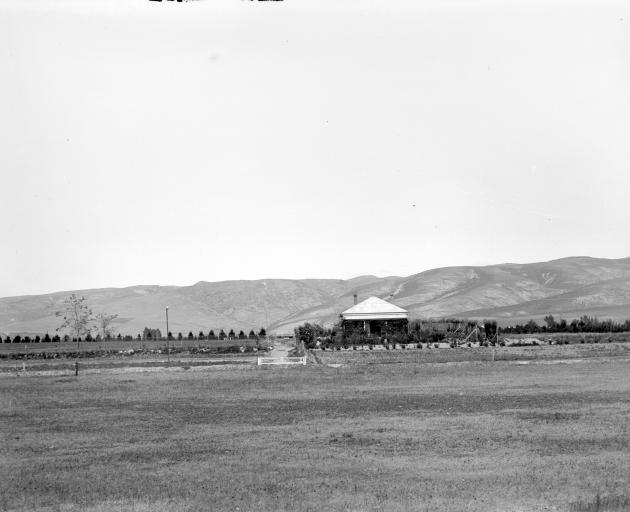 The villa in which Heather Preedy, nee McLachlan, grew up was built in 1912, before the Teviot Valley was planted in orchards. PHOTOS: SUPPLIED
"The small growers have been squeezed out of New Zealand and you now have a few large growers, and the costs are going up."

Both looked forward to retirement and Mr Preedy joked they would do "as little as possible" when that day came.

One suspects neither will slow down much.

Mrs Preedy said the gardens would keep her busy.

"He tells me I have to grow the veggies."