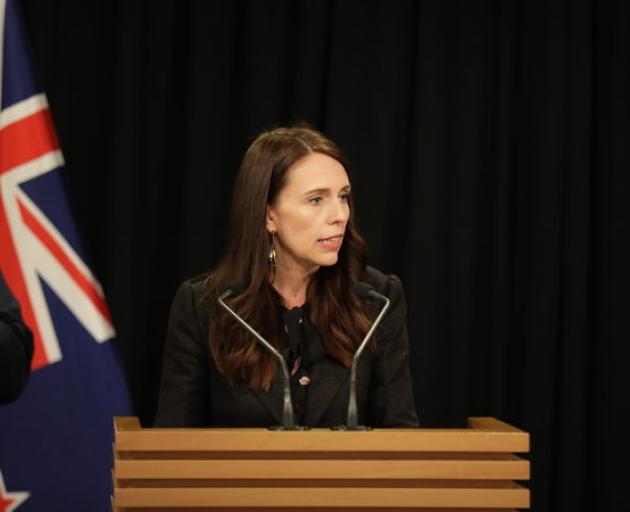 Jacinda Ardern at her weekly post-cabinet news conference. Photo: RNZ
Grace Millane's death is a reminder of the huge amount of work that needs to be done to reduce violence directed at women in this country, says Jacinda Ardern.

"There was a sense that I have that New Zealanders wanted to convey their sorrow to the family and I was in a position to do so," Ms Ardern told Morning Report.

She said that while many New Zealanders felt moved by Ms Millane's death, it was also appropriate to focus on the country's shocking statistics on violence against women.

The figures for domestic violence would not necessarily be known outside of New Zealand, she said. "Yet we know we have that challenge."

"We have a specific person within government, Jan Logie, who works specifically on sexual and domestic violence.

"We have identified that we have continued to work in silos at government level, including agencies, so we are finally bringing together these issues and it is an area I expect us to invest in, in the Budget."

Ms Ardern added that in the 2018 Budget, front-line domestic violence support received funding - the first time they had received for several years.

She said she took the opportunity to apologise to Ms Millane's family after talking with members of the public, seeing the outpourings on social media, and people setting up vigils.

"This is not the kind of thing anyone wants to happen in New Zealand let alone to those we're hosting here, and just the tragedy of it for her family and to see their grief so publicly."

So far the family has not responded to her offer of any assistance, she said, however she was mindful that Ms Millane's death had occurred a long distance from her home country and additional circumstances might arise for her family.

"I'm sure New Zealanders would want everything done."

A 26-year-old man has been charged with Ms Millane's murder and appeared in the Auckland District Court yesterday.

Its just a part of new Zealand / the one that we pander to...

Wake up then PM and use your power to do something about it, instead of acting like Santa and giving millions away to the poor sections of NZ, to make you look great, instead make an example of those who offend, maybe pass a bill to revisit those already in jail for such crimes and increase the time in prison, maybe give prisoners rubbish living conditions family provide food. blankets etc. And what about the middle working class with no children paid taxes all our lives and get nothing from the government