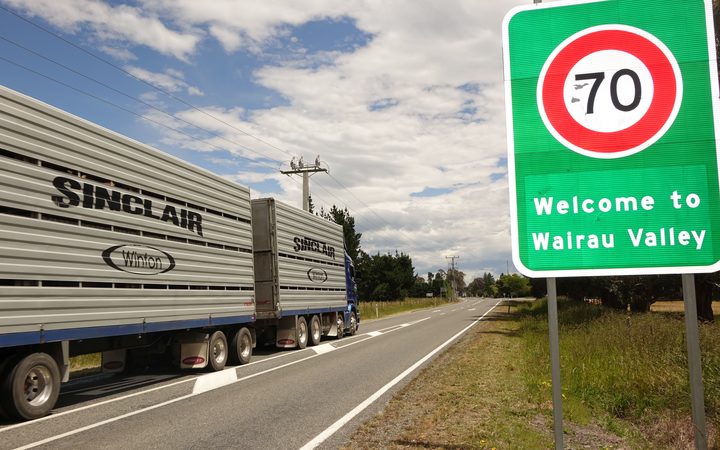 That's according to a new survey commission by the Transport Workers Network and ProDrive.

First Union carried out the survey that asked 384 drivers why they thought people were leaving and what would encourage them to stay.

Almost all picked pay, but just under half also chose digital driver monitoring.

"Anyone who's ever been involved in a high stress event, such as speaking in front of a huge crowd or enter into a ring for fighting or something like that, knows how tiring anxiety can make you. So having this constant pressure on a driver of feeling like they're constantly being watched really does have that negative effect.

"It's not only bad health and safety but it's sending experienced drivers out of the industry who just don't want to be in that situation."

He said most drivers have worked in the industry for decades and the cameras deflate morale, sending the message they were not trusted.

"A lot of drivers always talk about one of the reasons they get into driving, is it's kind of like being their own boss, they're in their own workspace and they don't have other people breathing down their neck.

"That's been completely flipped on its head with these driver-facing cameras."

The trucking firm Halls has driver-monitoring cameras in 150 of its trucks.

Halls did not respond to a request for an interview, but its website says events are only recorded and sent to management when triggered by something - for instance hard braking, speeding or hitting a pothole.

It says 20 seconds of video is recorded - 10 seconds before the event and 10 seconds after.

Booths Transport and Linfox also confirmed cameras were in their trucks, but did not respond to an interview request.

Mainfreight confirmed some of its drivers had sleep detection cameras in their cabs - but its fleet was entirely owner-driver - so it was up to the drivers to put them in themselves.

Sleep detection cameras work by monitoring eye movement and sound an alarm if it detected a driver's eyes were closing or they were not watching the road.

One truck driver, who asked not be named, said the company he works for had cameras installed last year.

He said two of his colleagues quit after they were installed.

"Two other guys I know have just up and left because they were so intimidated by it. One guy I know used to just cover the sensors with tin foil so that it couldn't record him or read him. He went and bought a special pair of sunglasses from America - and he's not the only one who's done this - there's quite a few that have bought special sunglasses that actually filter out the infra-red so it can't record."

He said they were given a pamphlet at a meeting one day and told 'it's happening whether you like it or not'.

"Pretty scary when they first went in the truck, I wondered what the boss was up to. Keeping an eye on me, keeping a check on me.

"I was a bit intimidated, thinking about someone watching my every move - felt like an invasion of privacy really."

Mr Abbott said most drivers were not opposed to cameras facing out to the road, but questioned why they needed to be pointed at drivers.

He said if drivers were falling asleep at wheel the company should be helping them - not shaking them awake.

He also said the union had seen an increase in drivers being reprimanded since driver-facing cameras were installed.

"Generally for things like unclicking the seatbelt a little bit to early or not putting it on in time or looking at their phone - which obviously we don't support - but it really it needs to be weighed up whether the outcomes of finding those one-off occasions are worth it."

I know of one driver who used to take his small dog with him. Never caused any problems and was company for the driver.
Then management checked the cab video footage and found out....Dog-gone!

No wonder drivers are leaving.