A baby was born on the side of a Southland road this morning because of a lack maternity services in Lumsden, the local MP says.

The expectant mother travelled from a farm about 30mins from Te Anau to Lumsden about 5am this morning to meet her midwife Sarah Stokes.

Once she arrived in Lumsden, it was quickly decided to send her to Invercargill because there was no oxygen supply in the town or any backup for Mrs Stokes.

But about 20 minutes out of Lumsden, the baby boy was born on the side of the road.

It has been more than a month since the Lumsden Maternity Centre was downgraded as part of a region wide overhaul of maternity services by Southern District Health Board, but critics have said the promised maternity services meant to replace the clinic have not been delivered.

The Otago Daily Times has spoken to the mother who said both her and the newborn were doing well. 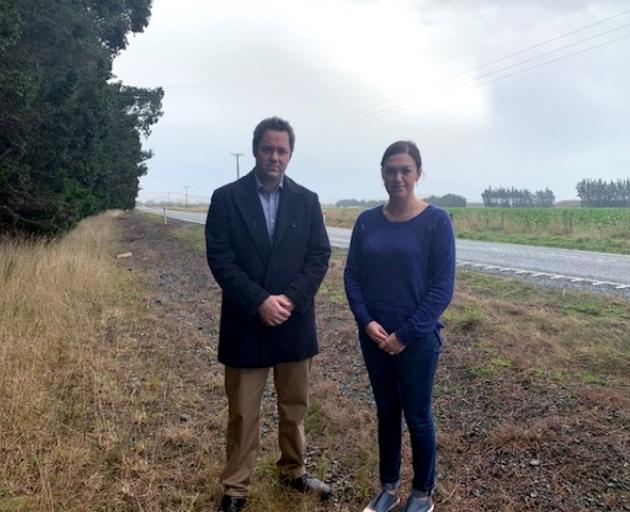 Clutha Southland MP Hamish Walker said it was a huge relief the baby and mother were doing well but it would not have happened if the Government had not cut maternity services in the town.

"I hate to say it, but we told you so. We predicted this was going to happen," said Mr Walker in a video posted his Facebook page this afternoon.

"National has repeatedly said downgrading services in Lumsden would result in a child being born on the side of the road while travelling to Invercargill. We don't like to be proven right in these circumstances.''

"The community and I have raised this issue time and time again with the Government. The Minister has repeatedly said this is an operational matter, but where the health of mothers and babies are concerned, he needs to act.''

The situation was unacceptable, especially as it was completely avoidable if the centre had simple retained its full services, he said.

The situation is unacceptable. It wasn't even in bad weather. People matter,babies and mothers deserve best chances.

I support the current Government, but have to admit this is a very bad look. David Clark needs to step in and sort this. Where is the common sense? It's an impractical and dangerous situation that needs attending to pronto.