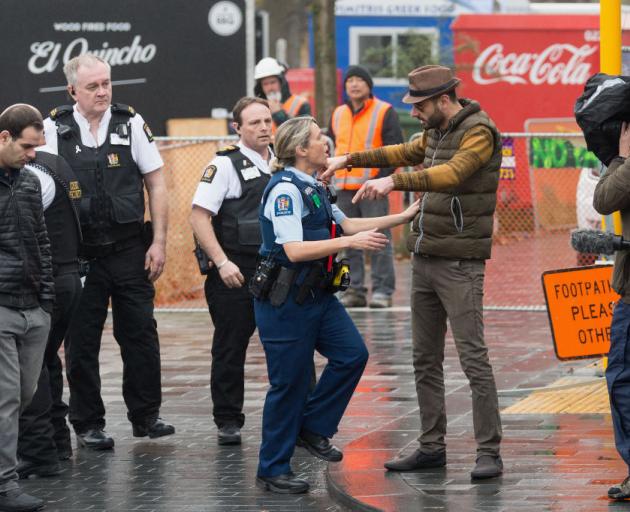 Members of the Muslim community speak to police after they were confronted by a member of the public who backed white supremacist views in front of Christchurch High Court. Photo: Getty Images
A scuffle broke out between members of the Muslim community and a person who appeared to make race-related threats outside the High Court in Christchurch today.

Earlier today, the man accused of the Christchurch mosque attacks pleaded not guilty to all 92 charges laid against him - including murder, attempted murder and a terrorism charge at the High Court in Christchurch.

Shooting survivor Mustafa Boztas was speaking to media on Lichfield Street outside the court shortly before 11am, when the Pākehā man approached them and appeared to make race-related threats.

The man had earlier been sitting on a bicycle on the street, playing music with Nazi lyrics though a set of handheld speakers.

A police spokeswoman told the New Zealand Herald the man, aged 33, was arrested and charged with disorderly behaviour.

A corrections officer intervened when the man approached Mr Boztas and another man, Abdul Aziz, and began yelling.

"There's no need for this," the officer could be heard saying. 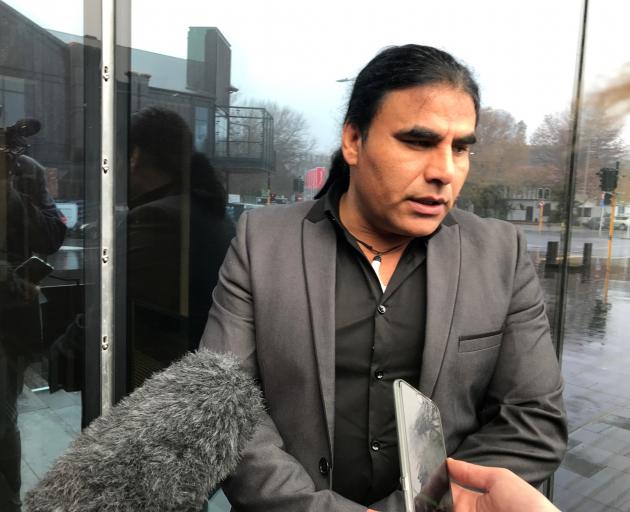 Abdul Aziz, who chased away the gunman with an Eftpos machine at Linwood mosque on March 15, speaks to journalists outside the Christchurch High Court. Photo: Reuters
The man walked down the street, where he was involved in a second confrontation with another member of the Muslim community, before being led away by the police.

But Mr Aziz and Mr Boztas said they were not taking any of his comments on board.

Mr Boztas said you can be a good, tax-paying New Zealand resident "and then you get idiots, like this that put you down." 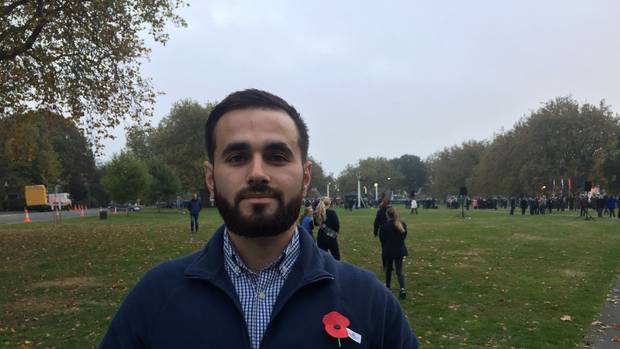 "It's because he hasn't lost any of his family ... that's why he's saying [these things]," Mr Aziz said. 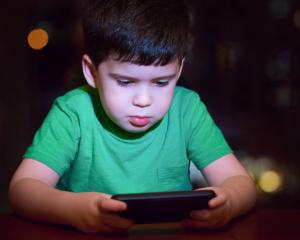 Getting old, "Nazi" was a system that had to be denazified, postwar.