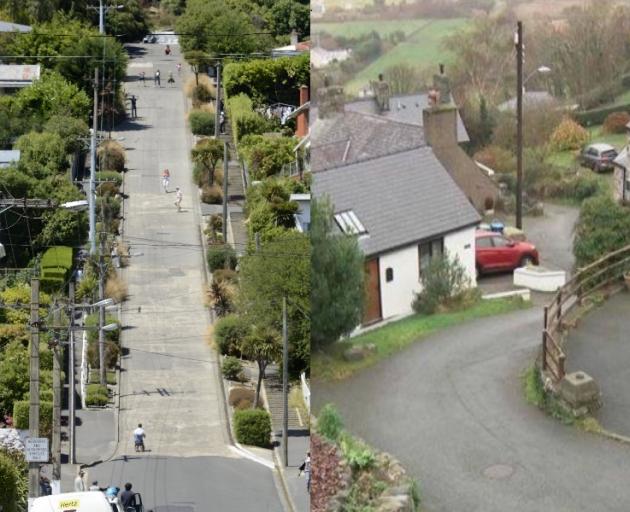 Guinness World Records may have stripped Dunedin's Baldwin Street of its claim to fame, but locals haven't given up the fight yet.

One way or the other the record for steepest street is coming home, residents say.

Gwyn Headley, from Wales, and who led the charge to have Ffordd Pen Llech crowned the steepest street in the world, told Guinness World Records he sympathised with Dunedin "but a record is a record, figures are figures - it's inarguable".

However, Dunedin surveyor Toby Stoff said figures were as arguable as technicalities such as super overs and overthrows.

"They're not comparing apples with apples," he said.

"What they have is a reasonably steep street but with some sections that are steeper than others. Where as we've got a steep street which is very steep over its entire width."

Mr Stoff believed the measurement of Ffordd Pen Llech was taken around a curve at the inside of the road - providing a far steeper gradient than the centreline.

"So what they've done is they've just cherry-picked a particularly steep section of that street. They haven't measured it on the centreline and when you're designing a road, all road design manuals when you're talking about road gradient they measure centreline gradient."

To some that might sound like a conspiracy theory, but RNZ checked with Guinness World Records and it turned out the measurement was taken from the inside verge of the road, which was permitted within the guidelines but provided a huge disadvantage for straight roads like Baldwin Street.

To demonstrate the point, Mr Stoff - who is a licensed surveyor for Clark Fortune McDonald - took the measurements of a similarly steep and curvy street in Dunedin.

The gradient on the inside verge of a curve on Lancefield Street, in Balaclava across town, was 33.2 percent - very close to Baldwin Street's previously record-holding gradient of 35 percent.

But taken from the centreline that gradient dropped to only 26 percent - demonstrating his point about the new record holder in Wales.

Mr Stoff said he did not expect Guinness World Records would change their guidelines, so he proposed another solution.

"They've taken something that's ours - we've got to take it back," he said.

"We've got plenty of unformed legal roads that are probably being used as four-wheel drive tracks that all we'd have to do is go and metal it, seal it over a 10-metre stretch and we'd get the title back."

He issued a call to Dunedinites to show up to Baldwin Street on 1 August with all the concrete they can find and pour it down from the top of the street to increase the gradient.

"I was sick yesterday and I thought it might be a good way to not only lift my spirits but see what the rest of the city thinks, and it came off pretty well," he said.

"If you know the Hugh Grant movie The Englishman Who Went Up A Hill But Came Down A Mountain, where actually in Wales they made a hill into a mountain after discovering that the hill beside their town wasn't a mountain. So they trucked a whole lot of dirt up to the top of the hill and sat it down until it became a mountain. That's kind of the inspiration for how it all started."

So far 500 people on social media indicated they would join him and another 2500 said they were interested.

Mr Russell said if the bid was unsuccessful he might take the opposite approach and fly to Wales to flatten their street a bit.

He said only imagination and funds stood in the way of Baldwin Street's glory.

Enterprise Dunedin director John Christie said it was great to see just how much Baldwin Street's record meant to Dunedin.

"I think there's been a few good suggestions on ways we might be able to get the title back, but I guess it's all going to come down to how much effort do you have to put into getting that title," he said.

"We're certainly very keen to see what the community would come up with and we certainly encourage it."

Got to love sore losers,we lost the title,get a grip.

People who justify winning unfairly by calling those who lost "sore", are losers themselves.
We did not lose the cricket & the street measurements are dubious, based on the inside slope of their bends.
I love an honest winner. I hate name callers.

I don't think Boldor is in Wales, bach.

Yeah, we lost to cheaters...