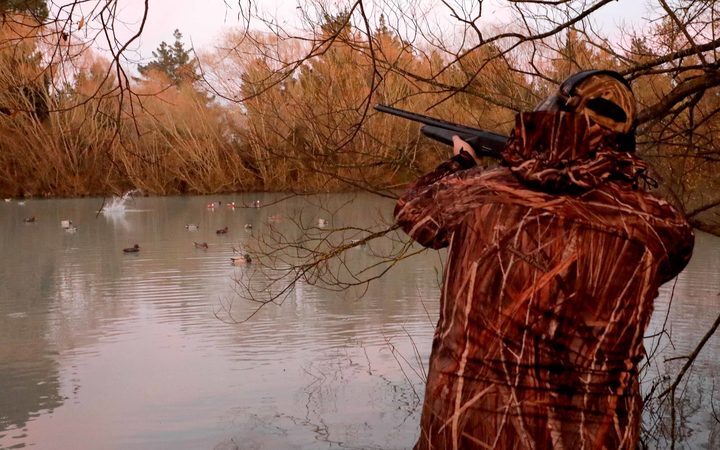 The Government is introducing the second phase of its gun reforms in response to the March 15 mosque shootings, which includes creating a gun register to record gun owners when they get a licence, get one renewed, buy or sell firearms.

Phil Mitchell, who is also a hunter, told RNZ the $50 million the register is expected to cost would be better spent by police enforcing existing gun laws.

"It hasn't made a difference anywhere else, if you look at the experience of Canada, Australia and the UK - who all have similar registers - it's placed an enormous compliance cost on lawful firearms users,'' he said.

"The first thing criminals do is file off a gun's serial number.''

He said the Government should use existing laws to target criminals because a register would not make a difference and was a "pointless exercise''.

"Registering cars doesn't reduce the road toll, does it?

"Every town and city in New Zealand has a gang pad and in those gang pads, there are small or large arms caches. Police know where the guns are and what criminals have them, but that requires confrontational, hard police work.

"All that this is proposing is to target a guy going off for a weekend duck-shooting or your local gun club - these are law-abiding people who are going to get targeted and have huge administration costs put on them.

"It's not going to make diddly-squat worth of difference to the safety of our community.''

Instead, he said police should take responsibility.

"What's being overlooked here is the police gave the mosque shooter his firearms licence.

"The police have the tools under the existing legislation to govern and administer the Firearms Act ... everything's there, the police need to do their job.''

As well as creating a register, the Government wants to create a more stringent application process, and reduce the licence renewal period from 10 years to five.

The New Zealand Police Association has been calling for a gun registry for years. President Chris Cahill told RNZ if police knew where criminals had their guns, they would be obtaining search warrants and getting those guns.

"So to say police know where guns are, in the hands of criminals, and don't take them, is just ridiculous.''

"Police have certainly not administered the Firearms Act well and they've acknowledged that.''

In Canada "where a register didn't work'' he said about "11,000 times a day police officers check their registers, so that gives you an idea how useful it can be''.

He said a register would help police officers asses risks when acting on search warrants.

"We know criminals get their firearms from stealing them from law-abiding firearms licence holders. So when there's a registry we know what firearms someone has, we can make sure security is appropriate for the number and type of firearms they have.''

This is all about look at me/ look at me/// PR for the government on the world stage/ as many qualified x police have said a gun registry wont do a thing/
will crims and gangs hand there guns in NO.

The problem was the level of s.a ownership: astonishing for a supposedly 'small' country. This has been reduced.

Weapons in circulation must be registered. There are armouries in private homes. Owners may well be 'law abiding': friends or robbers not. Law abiding is a transient state anyway, if the abider becomes a law breaker.