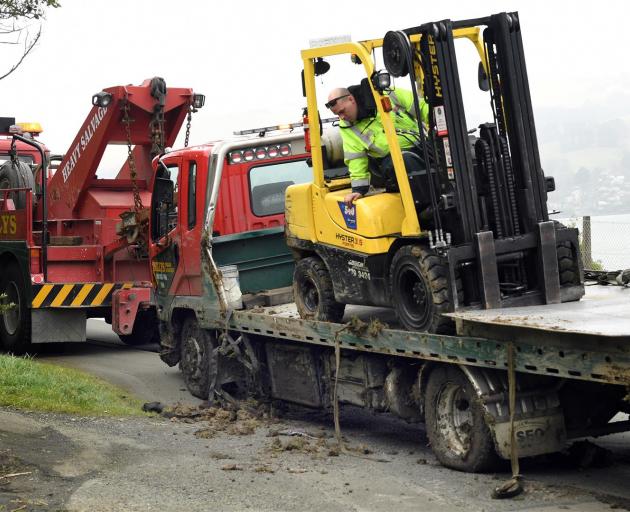 But the NZ Transport Agency says there is no issue with State Highway88 in the area and it will not widen the road, despite a similar truck crash in the same spot earlier this year. 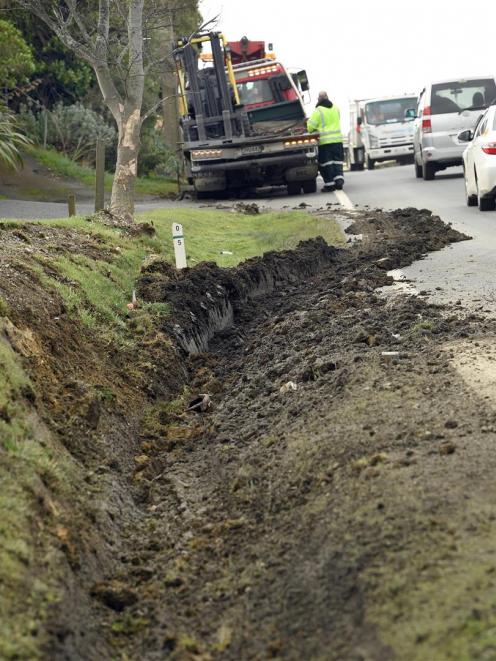 Reilly's Towage and Salvage driver Max Dewar was heading from Dunedin towards Port Chalmers with a forklift on the back of his truck when he moved left to avoid an oncoming truck just past the turnoff to Burkes Dr, where the road turns slightly right and heads uphill.

''He was hugging the white line and I moved over a little bit.''

Next thing he knew he was skidding on the soft ground of the grass and gravel verge.

His truck left a gouge along the bank and debris scattered on the highway on the cold and blustery day.

''I did a wee wriggle and it was in the ditch and that was it.''

He was not injured but his vehicle had to be towed by another Reilly's truck.

In his view, the only solution was for the highway to be widened in the area.

''The road's got to be widened, because there's so much truck traffic coming up and down here.''

But the NZ Transport Agency has no plans to heed his call.

Principal safety engineer Roy Johnston said in a statement the highway in that location had a 3.5m lane each side with additional width for markings and shoulder, giving it a total width of 7.7m.

He said the standard lane width nationally was 3.5m ''so this is not narrower than the average lane width''.

In response to follow-up questions, an agency spokeswoman confirmed it had no plans to widen the highway and had no particular issue with its design, saying it was ''generally without incident history''.

In May, a logging trailer tipped after the driver ''moved over for his own safety,'' in the same area while travelling in the same direction, according to the company involved.

That's a perfectly adequate, straight section of road that doesn't need anything done to it.
The road is plenty wide enough to accommodate heavy vehicles travelling in opposite directions.
I recall there was a suggestion after the first incident earlier this year that the driver might have been distracted, and I wonder whether or not that is the real issue behind these two incidents.

Looks like he found the original drain after going through the upper silt layer.
What about improving the shoulder in that section of road?