She confirmed the resignation this afternoon, following a series of claims from complainants that contradicted Haworth and his handling of the complaints. 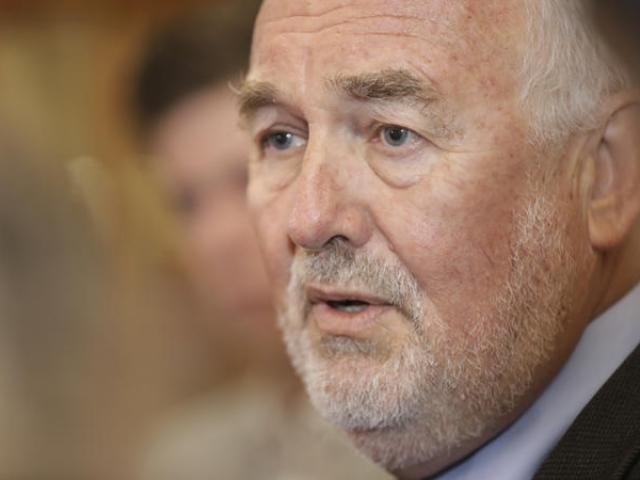 Nigel Haworth.
Speaking to reporters at Parliament, Ardern said harm had been done during the process and the party did not have the expertise to deal with the matter.

Despite the best intentions of the party to put in place an appropriate process "it did harm."

Ardern said Haworth and the three people members of the panel who heard allegations from victims maintained the position that they had never seen or heard testimony alleging sexual assault.

"Asked if she felt let down, she said: "No. I need to act on information I see. I have done that."

Asked if the matter had caused the party harm, she said it was not about the party, it was about the people who taken up complaints.

In a statement released earlier, the Prime Minister said:

"This morning I was provided some of the correspondence from complainants written to the party several months ago. It confirms that the allegations made were extremely serious, that the process caused complainants additional distress, and that ultimately, in my view, the party was never equipped to appropriately deal with the issue."

Ardern said that Haworth continued to stand by his view that neither he nor the Labour Party's panel that investigated the complaints knew about a sexual assault claim. But she said that mistakes had been made.

"Raising an allegation of sexual assault is an incredibly difficult thing to do; for additional distress to be caused through the way those allegations are handled is incredibly upsetting.

"On behalf of the Labour Party I apologise to the complainants for the way this matter has been dealt with."

A 19-year-old woman who says she was sexually assaulted by a Labour staffer has called the party "cowardly".

While Haworth said that he and the panel did not know about a sexual assault claim, the woman said that she had personally told Haworth and the panel about the allegation verbally and via email.

A second complainant has also said that he personally told Haworth about the woman's sexual assault allegation.

The party's investigating panel looked into seven formal complaints against the Labour staffer, but decided in July this year that no disciplinary action was needed.

The party then asked its solicitor Hayden Wilson, of Kensington Swan, to review the investigation process.

Maria Dew, QC, has now been brought in to review not only the process but also the complaints themselves, following complainants' concerns that allegations of sexual assault were ignored and that the process was botched and unfair.

Ardern said she still wanted Dew to complete the review and resolve the conflicting accounts.

will the PM do the same/ we need better

This apology from the PM should be followed by compensation to the injured parties.

All talke so for has the case been proven in court not yet... so it cauld be another tall storie