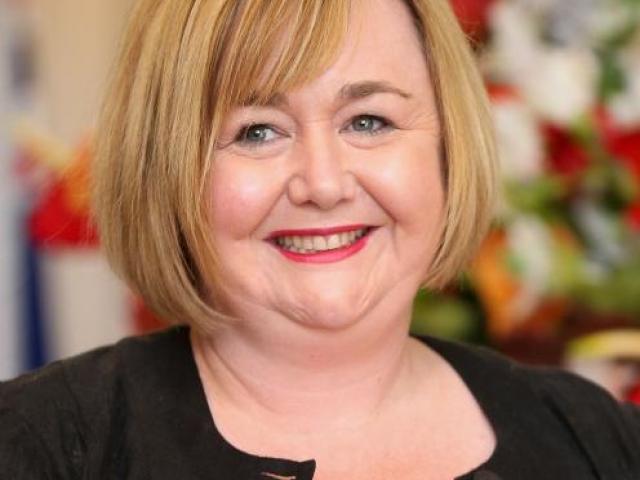 Megan Woods
The Tiwai Point aluminium smelter near Bluff is ''on notice'' and facing possible closure next year.

The smelter, one of Southland's most important drivers for the region's economy, has an estimated 2300 employees and outside contractors throughout the region, according to estimates yesterday by the Southland Chamber of Commerce.

Mining multinational Rio Tinto yesterday said it would ''conduct a strategic review of its interest in New Zealand's Aluminium Smelter'' based on the implications of a poor global outlook for aluminium, high energy and transmission costs and upcoming refurbishment costs.

Tiwai Point is the country's only aluminium smelter and uses about 14% of the country's electricity, or the equivalent of about 776,000 households. Last year it produced more than 340,000 tonnes of aluminium, having invested in a fourth pot line to improve production and viability.

The Rio Tinto announcement shocked the market, with Meridian, the primary electricity supplier to Tiwai, down more than 8% to $4.96, Mercury closing down by 44c at $5.00 and Genesis Energy down 20c at $3.06.

Rio Tinto Aluminium chief executive Alf Barrios said the company would work with the New Zealand Government, suppliers, communities and employees in order to find a solution that will ensure a ''profitable future for this plant''.

However, Energy Minister Megan Woods said the owners of the company should not expect taxpayer funds to help it remain open.

''The New Zealand Government has had a clear position since 2013 under the Key/English government that there will be no more financial assistance from taxpayers for Rio Tinto, which is already supported by Meridian for the power it uses. This hasn't changed.''

She noted that Rio Tinto's own assessment is that the fundamentals for the aluminium market are still strong, and should have a return to higher prices over the medium term.

''The decision was made due to the increasing power costs that the smelter has been dealing with, which are among the highest paid by any smelter in the world.''

Invercargill Mayor Tim Shadbolt believed it would cost the New Zealand economy more to close the smelter than it would to keep it open.

He said it had paid $350million in taxes to the Government over the past 10 years, and it was the second-largest contributor to the region's economy behind the dairy industry.

''We're the third-largest city in the South Island and we punch well above our weight in terms of our contribution to the gross national product of New Zealand's economy, because there's such a high level of industry.

''It's not just the smelter and its workers. It's all the other little industries attached to the smelter, and the tax that they pay.''

''However, the electricity market is in a better place to be able to absorb closure and we suspect the current Government is less likely to offer concessions.''

Otago Southland Employers' Association chief executive Virginia Nichols said the issue of transmission pricing had been a long-simmering one.

''The Electricity Authority has been looking at a fair way to apportion electricity transmission costs for the past nine years, so these ongoing delays are costing the smelter dearly,'' she said.

Chief executive of Meridian Energy Neal Barclay said that the parties had been in dialogue for some time and NZAS officials had advised ''the economics of the smelter have been challenged due to volatile international prices for aluminium, relatively high energy and transmission costs and an upcoming refurbishment bill to keep one of the potlines operational.''

Meridian Energy said the contract between NZAS and Meridian runs to 2030 and provides price certainty for the smelter on 572MWh per hour (5011 gigawatt hours per year) of electricity.

Meridian remained open to negotiating with NZAS and its shareholders on long-term requirements for the smelter though in the event of closure, ''the smelter owners would incur significant remediation costs, recently estimated to be in the region of $256 million''.

Gunna need some more cafe jobs in Invercargill. You won't be able to provide for your family, but that doesn't matter apparently.

Is it for the taxpayer to subsidise private enterprise?
The Smelter is running at a profit.