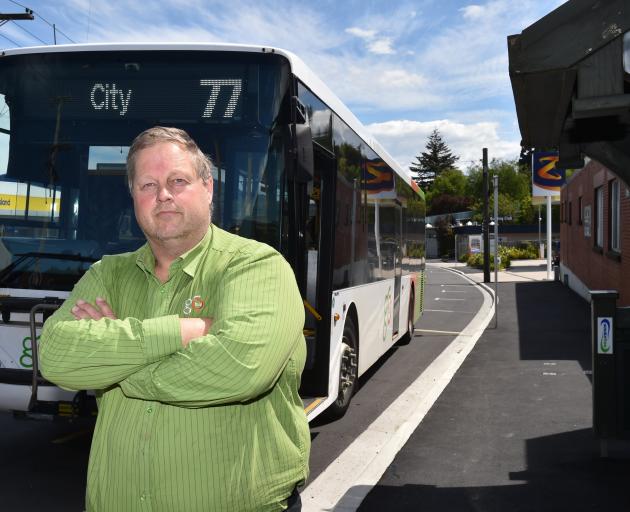 The bus stop in question, on Main South Road outside the Green Island Tennis Club, is bordered on either side by car parks.

Mr Matthews said as lines were being repainted at bus stops around the city, drivers wanted the council to include "yellow brick lines" to give drivers space to pull in and out of stops.

"They said they were going to get them fixed, but it's still not been done."

Hitting a car, or having to double park were the two main issues facing drivers.

One driver had already been in trouble with police for double parking, Mr Matthews said.

The Dunedin City Council said it was taking steps to sort the issue out after feedback from drivers.

Acting transport group manager Nick Sargent said the council removed parking spaces either side of the stop yesterday to create more room for buses to enter and exit.

Temporary bollards would be put in place, he said.

"We are reviewing the location of bus stops along Main South Rd, Green Island, so these temporary bollards may remain in place until we've confirmed the locations."

Just shows what going to the media can do that a phone call or email to staff cannot.

Sums up the DCC's capabilities in running a bus service.....Also, why run empty large buses?, surely a small van with a dozen seats would suffice for 98-99% of trips. Instead the ORC/DCC are happy to chew up our roads and spend unnecessary fuel- all because the rate payer foots the bill.