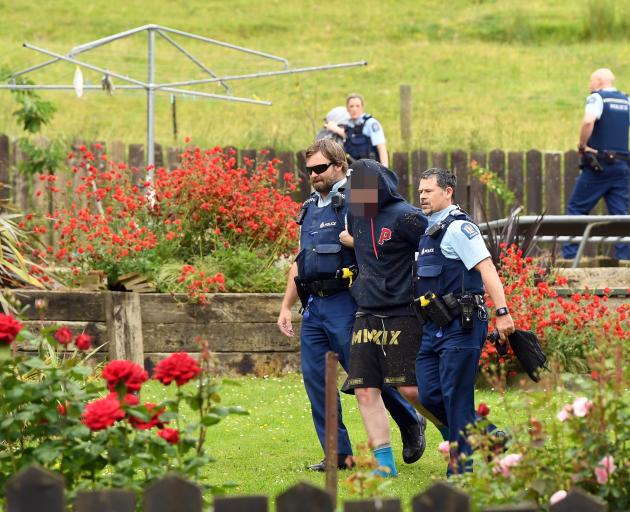 PHOTO: STEPHEN JAQUIERY
A youth is arrested by police at an East Taieri property yesterday.

He was one of five youths to be arrested for "traffic offending."

A police spokeswoman said police were called to the incident at 11.45am.

The vehicle concerned was found about 12.15pm and five arrests were made.

One of those arrested was due to appear in youth court. No further details were available.