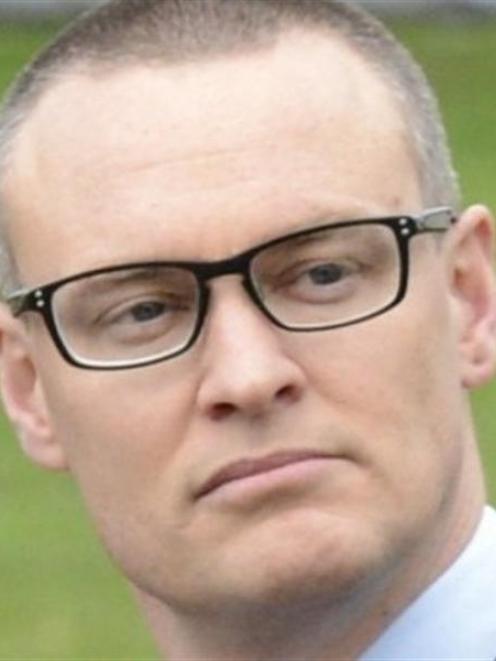 David Clark
National really hasn’t had the best of luck with the release of its policy discussion documents: eight have been put out so far, and several times the news cycle the party hoped to dominate has been taken up with other stories instead.

Thursday’s health document is a case in point; issued as the country is still focused on the appalling events on Whakaari/White Island, it was widely ignored.

National health spokesman, Dunedin list MP Michael Woodhouse, did not even get the satisfaction of confronting his Dunedin North rival, Health Minister David Clark, in the House.

Around the same time as Mr Woodhouse was making do with Finance Minister Grant Robertson as a stand-in, Dr Clark was being live-streamed on news sites across the country holding a stand-up to rightly praise the fine work clinicians are doing to look after those critically injured by the eruption.

While horns may not have been locked just yet, consider this a postponement rather than the end of the matter.

Health has been an Achilles heel for many a Government and this one is no different.

Waiting lists, drug funding, service provision and a billion dollars worth of DHB deficits have been just a few of National’s attack points this year. While Labour’s perennial response that it is all the previous Government’s fault may have some validity, you can only keep saying that for so long before it sounds as if you don’t have any ideas of your own.

Labour seems to have sensed what was in the wind, getting its $12 billion infrastructure announcement — which included $300 million for DHB asset renewal — out two days before National’s health document.

When asked by Mr Woodhouse if he — that being Dr Clark, even though Mr Robertson was actually answering the question — was concerned if any of his policies and actions could have a detrimental effect on the performance of district health boards. Mr Robertson was very happy to say no.

"I'm also confident that the additional $300 million investment in health infrastructure announced by the very modest minister of finance yesterday will also have a positive effect."

With Dr Clark not being there to hear it, Mr Woodhouse’s final question, "If he wants to look for someone to blame for the DHBs' parlous state, shouldn't he just look in the mirror and see a minister with no plan and no clue?" fell somewhat flat.

There are two more sitting days before Parliament adjourns for the year though; Mr Woodhouse has asked a health question every day this week, and it would be a surprise if that pattern was not repeated next week.

Women MPs from all sides of the House have joined forces to sponsor the Crimes (Definition of Female Genital Mutilation) Amendment Bill, which had its first reading last week.

In a rare move, four MPs from various parties have co-sponsored the Bill, which will alter the definition of FGM as set down in the Crimes Act so as to include types of mutilation presently not covered.

Invercargill Labour list MP Liz Craig, who as a junior doctor worked in obstetrics and gynaecology, added a southern voice to the chorus of Parliamentarians who condemned the practice.

"Why are we coming to update this Act now, as there has been no recent documented evidence that FGM is actually occurring and being practised here in New Zealand?," Dr Craig asked.

"I think the importance of it is that we are part of a global community, and so what is incredibly important is for us to make sure that young women, girls, women of any age here in New Zealand are protected from all forms of FGM here and also if they travel overseas."

Mr Patterson, who called the incident a travesty of justice, said he was accused of misuse of a screwdriver, and summarily marched outside and caned by the future National cabinet minister.

Northland MP Matt King interjected that Mr Brownlee said that was not true, to which Mr Patterson replied: "I bet I remember it better than he does.

"I do remember it because he may be a halfway decent shadow Leader of the House but he was rat s*** at the cane, because the first strike was round the hamstrings, and I think I can still feel it."

Taking one for the team

More punishment for Mr Patterson this week, who unexpectedly found himself speaking on the Remuneration Authority (Members of Parliament Remuneration) Amendment Bill (No 2) — second reading

This Bill, as Mr Patterson noted, dealt with a subject sometimes perceived to be a contentious issue by the public.

"Clayton Mitchell was due to be speaking on this, but he's headed for the hills and allowed me to take the public wrath of, essentially, voting on my own pay rise."

I'm a fence sitter, one of those swinging voters. Despite some great things happening out there – none of it is reported. All we hear is negativity and the promotion of the rural urban divide. But there is one thing I do know – a strong economy does NOT trickle down. Ask the teachers & nurses if the Nats last 9 years gave them a trickle down wage rise. And how many know their strong economy was actually borrowing 90 Billion dollars?
This current opposition would have to be the worst I have known relying on the sheep loving their negativity. It has massive supporters in certain radio hosts to do that. It is hypocritical in making statements of poor performance or decisions when it was them that made the cut backs or didn’t provide.
Labour have them over a barrel at the mo in the “9 years of neglect” slogan. We also have a great compassionate leader. But yes she is hated by many. Why? She’s a woman, young and a mum. You can’t have that. The vitriol towards her leaves me shamed to be a Kiwi at times.
But I finish my observation with fact. A survey was done by 2 sources in NZ that found the Nats getting 70% of all media coverage this term. A biased media? Surely not.

The soviets in the media class still hold sway. Keep it up. You will get your Trump / Boris soon.