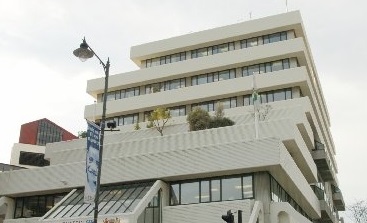 Photo: ODT files
Nearly $12 million in capital spending has been shaved off Dunedin’s draft budget as the Dunedin City Council faces a proposed 6.5% increase in the rates take.

Councillors will meet this week to consider staff budget proposals as the council enters the third year of the long-term plan for 2018-28.

"A preliminary review of the 2020-21 budget reduces the capital budget to $116.881 million with a number of property projects being accelerated, while other works have been rephased into later years."

Only a summary budget is provided in council documents published to the council website late last week.

The report to councillors notes "a full review of the draft capital budget will be undertaken" before annual plan deliberations scheduled for May.

Further, the report notes there would be a "a full community engagement process".

This is the first annual plan for first-term Mayor Aaron Hawkins. He could not be reached for comment yesterday evening.

However, the report includes plans for the free, low-carbon central-city bus loop service, an initiative spearheaded by then Cr Hawkins, noting the joint DCC and Otago Regional Council study and preparation of trial options had been delayed, and preliminary findings were due in April.

When complete, the feasibility study will include the development of a route, the frequency of service, operating hours, as well as estimated use, fares and costs.

The feasibility study costs were expected to be $25,000 for each council.

A third of the 6.5% increased rates take required by the council was due to a projected loss of $3.5 million of operating surplus at the Green Island landfill, the reports says.

The council’s waste and environmental solutions department faces a drop in external revenue of $4.874 million, down a third, the report says.

However, the "significant reduction in commercial tonnage" to the Green Island landfill had helped to extend its estimated remaining life to 2025-26.

The report notes that an increase in property values could have a "notable impact" for some ratepayers.

A report to the council next month will outline plans for community engagement, including hearings.

The penalty for living in a city run by incompetence. Sell surplus assets that are located outside Dunedin as a first step. Cut the salaries of the executives earning more than $100k pa by 6.5% as the second step! Households have to stay within a budget the DCC should too without taxing us more every year.

Let the people say which services they want to use by a binding referendum. If that was permitted then most services that are not core (water, sewage, paths/roads/lighting, consents) would be voted to be cut.

Dear Council
I fear for you I really do. When we first entered into a relationship in mid 2000's I believed you to be honorable and emotionally balanced partner who would take care of my needs for a fair sum. And so it was, at first, but then the first signs of your spiral into denial came. At first it was the stadium but then came the mismanagement of DVML, Jack's Point, the poor maintenance of the drainage system, the vehicle fleet fraud, fleecing Aurora and the burgeoning debts. And all the while you have continued to ask more and more of me until I conclude that I am the victim of an abusive relationship in which trust and mutual respect no longer have a place. I hope for both our sake's that you end this circle of abuse (of my money) and denial and that you find it in your heart to stop relying on me to bail you out of your financial problems of which you are your own author. You really need help!

If a $3.5 loss on rubbish is worth a 6% rates increase, then dropping $60million from destroying George st should equal roughly 20% cut in rates. But this just goes to prove how rubbish DCC's rate estimates are. Poor accounting and spin at every turn. No transparency and seemingly little honesty on display here.

Dunedin ratepayers simply can't afford a fleet of free to ride electric buses rolling empty around the city. Or does Mr Hawkins need a more regular service to get him to work for free. Surely with over $100k a year he can begin to pay his own way.

Didn't they say that the new RV increases wouldn't affect our rates? But hey, its only the price of a coffee a day right?

Surely Forest Gump was thinking of the DCC when he said: "stupid is as stupid does"! I doubt the council would vote to rescind their recent pay raise? Needless to say I wasn't one of the sheepeople who voted for Hawkins or any of the other clowns running the city! Elections have consequences, Dunedin is getting exactly what it deserves!

Nailed squarely on the head.

I could say the Council have "got a bridge to sell us" but that's a lame joke when we ratepayers are footing the bill.

I'm heartily sick of their student-level schemes and ill-thought-out plans.

Do better, DCC, or you'll all be out of a job sooner than you think.