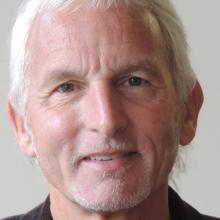 Michael Laws.
The Otago Regional Council’s very existence is on the line as the Dunedin City Council considers the merits of a unitary council for the city.

The concern was voiced as Otago mayors digested the DCC’s vote this week to study the merits of a unitary council, and as Otago regional councillor Michael Laws pushed for the review to go further.

ORC chairman Stephen Woodhead said any move by Dunedin to a unitary council could trigger the fragmentation of the regional body, as other Otago councils opted to follow in Dunedin’s footsteps.

It was a view shared by Waitaki Mayor Gary Kircher, who said yesterday Dunedin’s move could threaten the ORC’s economic viability.

"If you take out a major population base like Dunedin’s area, that changes the economics of the regional council.

"If the ORC is servicing the rest of the region, except the DCC, the viability of that is obviously more marginal," he said.

Such a move would prompt other councils to review their own approach to the delivery of services now managed by the regional body, he said. 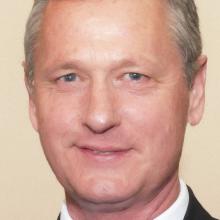 Gary Kircher.
That meant a break-up of the ORC’s regional role could not be ruled out, Mr Kircher said.

It was a sentiment echoed by ORC councillor Michael Laws, even as he called for the consideration of a unitary council to be expanded from Dunedin to include all of Otago.

Cr Laws, in a statement yesterday, said he would push for an independent investigation that examined the merits of a unitary council for the entire Otago region and the disestablishment of the ORC.

His resolution would be put to the regional council’s next committee round on February 8.

"Dunedin can’t do this in isolation because the effects would be in Queenstown, Central, Clutha and the Waitaki as well.

"Without Dunedin, the Otago Regional Council would cease to have a constructive purpose."

The comments came after Dunedin city councillors at Tuesday’s annual plan meeting backed a resolution from Cr Lee Vandervis calling for a report into a possible merger between it and the ORC.

The move could eventually trigger a complex Local Government Commission process and pave the way for a unitary council covering the city.

The move was met with a mixture of caution and concern by Otago mayors yesterday. 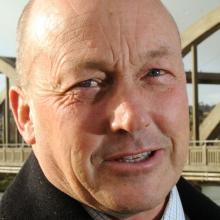 Bryan Cadogan.
Central Otago Mayor Tim Cadogan said his region was grappling with significant water issues, including an accelerated timetable to deal with "deemed" water permits before they expired in 2021.

There was "no way" a unitary council could be formed in time to address those issues by 2021, meaning such merger talk was "a distraction I’m not interested in".

The prospect of Dunedin taking control of valuable ORC assets, including Port Otago and its revenue stream, would also need to be carefully considered and consulted on, he said.

Clutha Mayor Bryan Cadogan said the DCC’s move had come as "a complete surprise to us".

Such a move would raise questions about the future management of regional water catchment issues, in particular, which required a regional approach, he said.

Any change would "certainly" have an impact in his area, as well as on other councils, which each faced their own unique issues, and should be carefully considered, he said.

"It’s our ORC. It’s the Otago Regional Council. Any change one group might want to make to it will obviously impact on all others."

Queenstown Lakes Mayor Jim Boult said it was the "core responsibility" of any council to look for ways to operate in a more cost-effective way.

"If the proposal for a unitary council became a realistic topic for discussion, Queenstown Lakes District Council would consider it.

"But at this point in time we have had no discussion about it as a council. It’s just simply something we haven’t considered."

Mr Woodhead said the ORC was "always open" to discussing the best way to meet community needs, but failed amalgamations in other parts of New Zealand showed the need to focus on services, not structure, first.

An absolutely stupid and unworkable proposal. In my opinion the only reason the DCC is even entertaining the idea is to hopefully shut Cr Vandervis up on this subject once and for all about something he has gone on about for years about - merging DCC and ORC.

Unfortunately that won't happen and we will see a lot of council time and money wasted looking at this.