The announcement on Friday followed a week of uncertainty after "sold" stickers appeared on the building the week before. Cr Hawkins said there had been "real concern and anxiety" from both arts and heritage building enthusiasts over the building’s future, and that it could have been "bought and bowled". 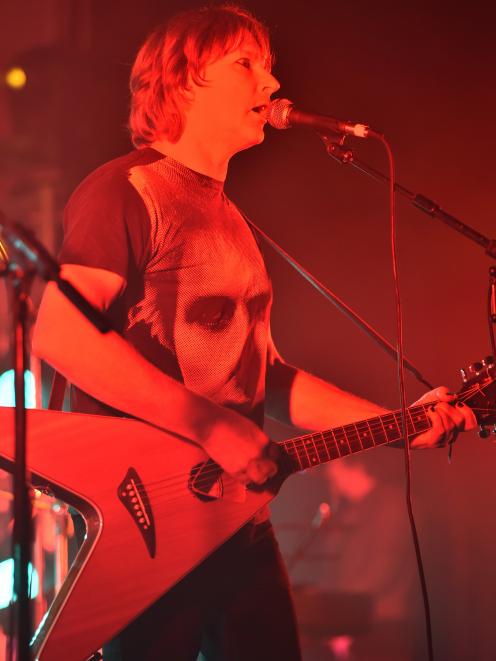 Now the council was working on a report, due by Easter, that would present several options for the building that backs on to Vogel St. These included keeping it as a concert venue, turning it into an arts hub or reconverting it into a theatre, he said.

"It’s got huge potential to be a real landmark."

Council urban design team leader Crystal Filep said the council had been working on the purchase for "at least a couple of months", but she knew it had been a work in progress while her predecessor Glen Hazelton was still in the role.

She said she was "quite excited" about the purchase and the potential of the 121-year-old venue.

The  deal was was finalised with help from  an unidentified third party, which purchased the building from Sam Chin and sold it to the council. The building had been for sale since September 2016, after the loss of the venue’s liquor licence, due to multiple licensing issues over several years. Mr Chin had also tried to sell the building in 2013.

Many high-profile New Zealand and international acts have performed at Sammy’s, including The Chills, The Clean, Violent Femmes and the Pogues.

Community consultation over Sammy’s use is expected later this year.

Good grief, what next? Is the DCC going to go into the fish 'n chips trade? Or corner dairies? Or hairdressing? Or...

Are Dunedin ratepayers that flush they really don't mind their funds being wasted on projects like this?

It is all very nice that the venue has been "saved" for Dunedin. What still remains to be examined are the ethics about DCC being half of the mob which hounded Sammys out of business. Then the very same DCC buying the premises at half the asking price. There couldn't be a more obvious conflict of interest in recent history. Or is it all ok because a booze outlet is gone?

What next for the DCC anti alcohol zealots? Reopen Sammys as a rage venue where only soft drinks and speed are available?

That's not entirely fair. Liquor licence rules are pretty straight forward and repeated breaches will result in forfeiture of the licence. DCC were right to enforce the legislation, and a lot of chances were given for owner to comply. What mystifies me is why they'd then go and spend your and my money buying the place.

Doesn't add up, at all, the whole DCC needs an audit from a credible auditing company, findings need to be transparent in plain english. Dunedin isn't a rich city it could be but isn't, so why does the DCC insist on spending a crossing at $140000 + $128000 for this how many power poles is that. Sure different pot of gold but rate payers are going to pay for power poles one way or another.

Sorry, Mr Hawkins, could you try to justify again why the DCC is buying a failing, crumbling venue? Does the council not have enough to spend our money on what with crumbling power, wastewater and transport infrastructure? Come on, stick to your knitting and leave the night club business to those who are not spending ratepayers money.

I presume that this will became another council 'business' that I will be asked to assist with via our rates? but as a low income household will not be able to afford to go to! umm...

I hope that who ever gets to run the place finds a way to move forward it forward as a musical place, especially so for our local and National artists! Lots of talent out there crying out for a decent venue to present in!

I still don't understand how council spending (especially of items worth $128,000 plus) has to be approved in the annual plan process, where scrutiny is often intense, and then something like this can be paid for out of the blue. Where does this money come from and why isn't it subject to the same scrutiny as other spending items are? And are the plans for Sammy's part of council core business?