The Serious Fraud Office (SFO) has launched an investigation in relation to donations made to the Labour Party in 2017.

"We consider that making the current announcement is consistent with our past practice in this area of electoral investigations and in the public interest," SFO director Julie Read said.

The statement noted that the commencement of an investigation did not indicate guilt, however the director would need to have reasonable grounds to believe a relevant offence may have been committed.

Labour Party president Claire Szabo told the New Zealand  Herald: "We have not been advised of the specifics of the inquiry, however the Labour Party will fully cooperate with any SFO investigations."

"We will not be issuing any further statement while the investigation is underway."

In February, however, Szabo confirmed two men - brothers and businessmen Shijia (Colin) Zheng and Hengjia (Joe) Zheng - who were then being investigated by the SFO and had made donations to the National Party, had also made donations to Labour.

An SFO investigation into the New Zealand First Foundation was launched in February, after police promptly handed in a complaint from the Electoral Commission last November.

The commission said it had formed the view the secretive foundation had received donations that should have been treated as donations to New Zealand First.

It followed reports by RNZ about the way the foundation had been handling donations, and questions about disclosure and donors' identities.

The SFO has said it is on track to decide before September's election whether to lay charges.

The case before the courts related to donations to the National Party, and is set down for trial in September next year.

The scandal traces back to a complaint made by Ross himself when he fell out with his former boss and then-leader of the National Party Simon Bridges in late 2018.

They all pleaded not guilty to the charges in February. 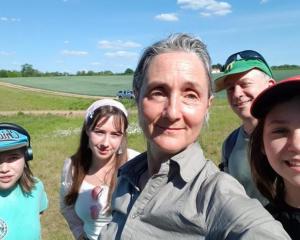 The Labour Party or the National Party, it matters not, they are both branch offices of the Chinese Communist Party. Its always good policy to have a local face representing a foreign power as then the populace do not get so restless as they are being subjugated.

So, the two largest political parties in Wellington plus the councils of the the two largest cities in the north and south are under investigation and don't get me started about NZ First! I suppose we should be happy in a way, at least they're being investigated unlike the corrupt political elites of other nations......such as the UK and USA. Add your favorite corrupt regime here.

The most open & transparent, Comrade.

Limit political donations further. Until then we are sort of slaves to the highest bidder. The SFO shouldn’t be the busiest govt department.