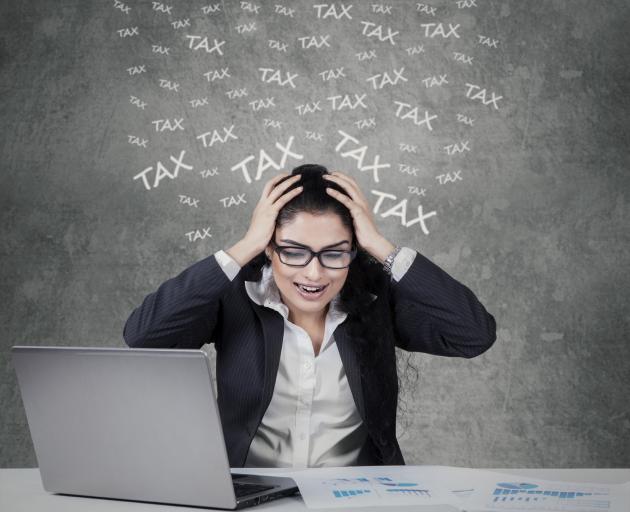 When politicians call for reform of the tax system, they are simply saying there needs to be more taxation in order to meet their expenditure needs.

The campaign for tax reform as instanced in the ODT on recent occasions should be seen for what it really is. The perpetually aggrieved present an implausible argument that is deficient in equity and logic, which is — the more you distribute other people’s income, the wealthier the nation becomes.

It should come as no surprise as the election looms that political parties attempt to outdo each other by promising to spend more and more of voters’ money. Currently, some parties are beguiling the electorate by promising to increase the tax on "Peter to pay Paul".

They do so in order to lock in the support of Paul on election day. Political parties have a vested interest in ensuring their traditional supporters are given some immunity from a plethora of new taxes.

It also seems that many academics and/or tax "experts" think that other people’s assets should always be freely available for distribution in the name of equality.

Such people have an unshakable faith that there is a simple answer to inequality, which is of course more broadly based tax such as a capital gains tax and a tax on water. Their solution to inequality is therefore obvious, accessible, uncomplicated, and inevitably wrong.

Taxing the rich is always fashionable with politicians who for the most part fail to understand that the creation of wealth is essential in any economy and is surely a better outcome than fast-tracked poverty through excessive tax.

Statistics from Treasury NZ show 48% of the Government’s income tax comes from just 12% of the working population. Put another way, almost half of the income tax in New Zealand is paid by only 446,000 out of 3,850,000 taxpayers. So it is entirely wrong to suggest that the more well-off do not pay their fair share.

The Minister of Finance has overlooked the inconvenient reality that the top 12% pay $17.6billion in tax when announcing an increase for those earning over $180,000 — in the interests of fairness.

Inequality is given as the reason to increase the tax rate on those with the ability to pay. Few would disagree with equality of opportunity but equality of outcome will require punitive not just progressive taxation. Yet that seems to find favour with some academics.

Such people ignore the reality that equality depends on how it is measured.

If the income of a 17-year-old with no experience is compared with a well-established person nearing retirement with 50 years of experience, then inequality is entirely obvious and reasonable.

When does enough tax really become enough for those who get out of bed and go to work in the hope that they will improve their lot through effort and risk?

We should be seriously incentivising hard work and productivity.

For most of us, creating a bit of capital to invest is difficult enough, but happens through hard work, long hours, short holidays, and some good decisions. But most of all, it is about risk-taking.

Most understand that reality and are prepared to accept reward only comes as a result of risk.

The vain hope of accumulating capital through winning a lottery with a $10 ticket is no substitute for development of a sound business case and borrowing against personal assets or using your house as security on a loan.

For so many taxpayers in a raft of industries, income is negligible as their asset base and (hopefully) capital value grows, which becomes the easy target for rapacious governments determined to court popularity by spending more and more OPM (other people’s money).

Farmers and small businesses do not, as a rule, make large or even any profit annually.

They rely on a capital gain to ensure there is some money to retire with should they decide to sell the property or the business. If that capital value is to be taxed on retirement, it is likely that large sums and effort will be spent on mitigation of that tax liability.

Government money does not exist to pay 403,000 public sector employees.

There is only ever taxpayer money appropriated by governments for public good projects (such as health and education) which we would all agree with. It’s the expenditure on many government ministries (32) which achieve little or nothing but are funded during good economic times that must be reviewed and discarded before any new tax is even considered. 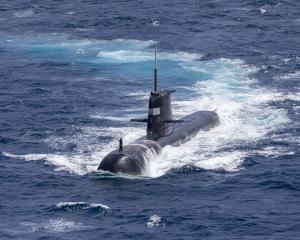 So? I'd rather see the money wasted on that than some of these able bodied bludgers on the dole! Who died and put you in charge of the allocation of funds?

Your point? Public money has been allocated to far dumber things like a Tinder app for the elderly. Want to save money? Get rid of some of the 400,000 public servants who do little to nothing! I'd do that before limiting funding to the Americas' Cup!

Why should the rich pay more to support the poor? Everything my wife and I have, we earned. Neither of us was born with a silver spoon in our mouths. We both worked our way up the corporate ladder. I am sick and tired of paying more money in taxes to the government only to see it given away to people who take drugs, drink too much, or wasted on other social programs. Sure, I understand the government needs to provide a safety net to the less fortunate, but welfare was never intended to be a permanent source of income which it has become. Why should we be paying for the mistakes other people make through poor decision making? Every able-bodied person should be working. People on the dole should be out working a set amount of hours for the government. Picking up trash, cleaning government buildings, or other tasks to work off the debt. Nothing is free. I wouldn't care about paying more in taxes if the money wasn't wasted, unfortunately, it is. I know here in Dunedin, most people are comfortable living free off the nanny state. They will disagree with the sentiment expressed. I could care less. We need to toughen up and do away with this redistubution mentality! I pay enought in tax!

I have never read such a load of nonsense. I doubt you are rich at all. Rich people don't pay tax, or at least very little. The fact you claim to pay tax tells me you are solid middle class and either too dumb or too poor to know how to avoid tax. And Surprise... rich people use drugs, and alcohol. Most unemployed are there through the selfish decisions of others, not through their own mistakes. Your suggestion that people on the dole should be working is just plain stupid. All of your suggested jobs would simply see the people currently doing them put out of work. As I said, the selfish decisions of others. In any event, if they were doing these jobs they would be getting minimum wage, not the dole. Think it through FrankieC, I think your suggestion that most people in Dunedin are living free on the nanny state might be wrong. I would rather see your taxes being spent on tracking down tax dodgers, the "cash job" brigade, also deadbeat dads who don't meet their obligations and force you to support their children. These are the real drains on our economy, the deadbeats and the dodgers cost the taxpayer far more than the unemployed. You can look that up and see its fact.

I tend to agree, the answer to the countries economic system will not be found in fiddling with the taxation system.
I believe more attention should be paid to the commodity market place, the buying and selling of goods and services. When you compare The cost of goods and services in NZ to similar countries the buying public is paying a lot more. Whether it is food prices, labour costs for tradesmen, professional costs for lawyers and dentists, we are paying heaps more.
Food prices are the obvious one, the growers of fresh produce are barely making a profit and yet our fresh fruit and vegies are among the dearest in the world. There needs to be more transparency. While I'm all for the free market and people making a profit, and a good profit at that, I abhor profiteering. There have been cases of heavy handed stand-over tactics being used against growers, threatening them with blacklisting if they don't accept low offers or if they threaten to to public on how they are being ripped off.
I don't have the space to list more examples, of which there are many, but stronger laws to prevent rip off profiteering could be something to look at.

Countries get wealthier by creating wealth (working) NOT by redistributing it !
That only discourages the creative types and incentivises the entitled.
We need an attitude change in this country.
Far too many entitled and not enough working.

"Wealth redistribution" is another term for theft.

I wouldn't mind "redistributing" my neighbour's new car, or my friend's new phone. But my parents taught me not to steal.

Unfortunately, the same moral code doesn't seem to apply to the government. Ardern in particular is very "kind" with other people's wallets.