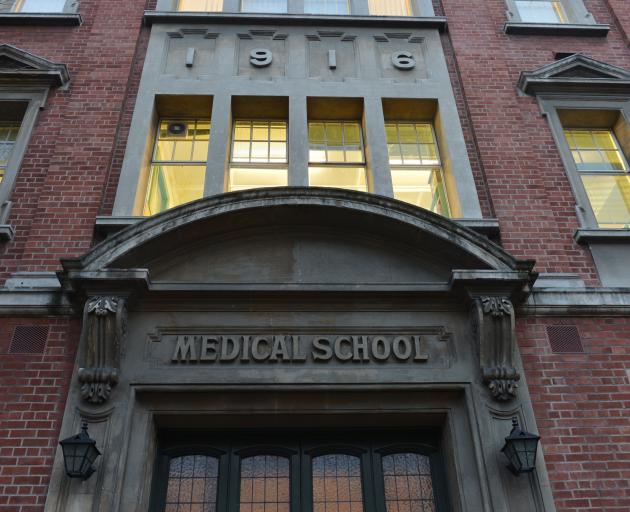 Otago Medical School. PHOTO: PETER MCINTOSH
A legal challenge to the way students are selected for Otago's medical school will not go ahead.

The University of Otago and the man who sought to challenge aspects of its selection process this year have resolved the matter outside of court.

The university and the man, whose name is suppressed, released a statement this afternoon.

In it, they said the man received no compensation.

The agreement between the parties contains no commitments by the university relating to the outcome of any individual’s application for admission to the medical school or any changes to the process.

It does include, however, a concession that increased clarity and transparency about the process would be desirable.

The university's processes have been under scrutiny this year, as leaders started to discuss whether the system that gives priority to students from minority backgrounds should be adjusted.

Priority is given to students who are selected through preferential pathways - Māori, Pacific, rural, low socio-economic, and refugee - but the scheme has resulted in competition being particularly intense in the general pathway.

Most students selected for second-year medicine in 2020 came through the preferential pathways.

The legal challenge, which was to be heard in the High Court, had been expected to touch on those themes.

"The applicant is satisfied that the university will be taking appropriate steps over time towards that outcome.

"The applicant accepts that any review of the admissions process must be carried out in respectful consultation with a range of interested parties, including Māori and Pasifika communities, and recognises that the court proceedings are an unhelpful distraction which will not assist with the thoughtful dialogue required."

The university's Mirror on Society policy aims to generate a health workforce more reflective of New Zealand society's make-up and the university has re-asserted its commitment to that policy.

The parties involved in the legal challenge suggested in their statement that discussions had been helpful.

It is easy to see that this policy will fail due to the competition for those who can only use the general pathway. Those who do then get accepted, will likely not become GPs as they are such gifted individuals their skills should be to go on in a specialisation. Quickly, there will be no new GPs other than foreigners or by the preferential pathways and therefore not reflecting NZ population make-up.