A historic bus shelter in Dunedin has been removed despite efforts to save it.

The shelter, at the intersection of Highgate and Drivers Rd, was earmarked for removal earlier this year by the Dunedin City Council due to deterioration, lack of use and its steel roof reportedly interfering with a cellphone tower.

A Maori Hill resident said buses were still using the stop up until recently, but the Otago Regional Council said they were not meant to be.

The shelter was built for passengers taking the tram from Maori Hill to Logan Park for the New Zealand and South Seas International Exhibition, held from 1925 to 1926.

The decision to remove it had disappointed residents, whose efforts "have been in vain", Maori Hill resident Warren Smith said yesterday.

"The community is disappointed that the shelter has been removed. 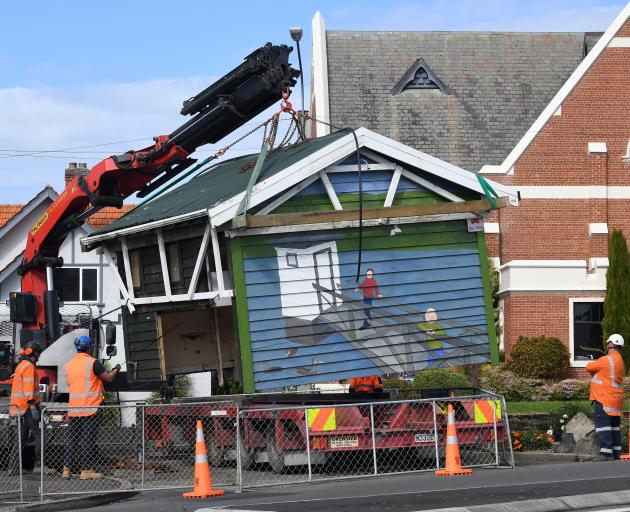 "It is regarded by people in this neighbourhood as being significant given its historic origins and links to the exhibition."

A community meeting was called in July to save the shelter and the Otago Heritage Bus Society was vocal about its preference to restore the shelter, Mr Smith said.

When those efforts failed, the last chance at reversing the decision was to attempt to maintain the stop for southbound "Ridge Runner" route 15 bus services.

He contacted the regional council to confirm whether the stop was going to be removed from that bus route, but was told by transport manager Garry Maloney the stop had not been used by the council’s public bus service since September 2017.

Mr Smith said he believed that was incorrect.

"The reality is their buses have stopped at that stop ever since route 15 was initiated in September 2017 ... and continue to service that stop right up until this day."

The day after Mr Smith’s conversation with the regional council, he was contacted by Ritchies bus drivers who said they had been told by council staff that morning to no longer stop at the historic shelter.

The southbound bus timetable affixed inside the shelter was also removed.

Mr Maloney said yesterday bus drivers were not meant to be using that stop.

Despite the shelter not being formally a part of its public transport network since 2018, some bus drivers were still using it, but that anomaly had since been "cleared up".

A shelter would be installed at another bus stop nearby in Drivers Rd soon, he said.

The Dunedin City Council owned the structure and had given it to the Otago Heritage Bus Society, which intends to take it to the Ferrymead Museum of Road Transport in Christchurch.

Ok everyone will miss it now, all because of the efforts to remove it by the shiny bums in the ORC.
Just to compound the lack of logic it's being shot up to Christchurch, why Christchurch. Is it coming back ?
Taking it away from Dunedin removes another item that should be kept here, it's makes no sense. Daftness at work again.
Dunedin has a very good history of getting rid of buildings & items that today are forgotten about, in their place only gaps.

Such as it is with this "council", they will remove any thing that gives you enjoyment or has any connection to Dunedin, they would rather pay for frivolous things instead like dots or plastic flowers, still going to vote this lot in next election?.

Who put a &^^% ing cell tower there then? Shows who pulls the strings in this dodgy little town of ours.