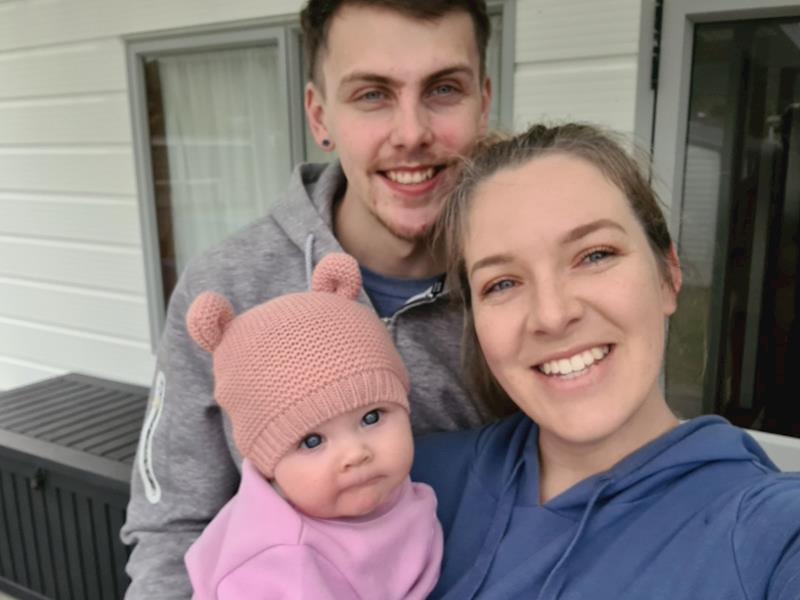 Not worried about their own safety, the Auckland couple managed to rescue the pair but Dickson sliced his thumb as he helped the trapped woman escape and ended up at the local A&E.

But while Dickson was inside getting stitches, someone stole the couple's car which had a pram, car seat, front pack and porta cot for their own baby inside.

"It's like you're a good Samaritan and then you get kicked in the teeth for it," Nock's mother told the New Zealand Herald.

The couple were driving home from walking their dog when they saw black smoke stretching into the sky just after 11am.

"We pulled over, my partner called 111 and we just ran to the house," Nock told the Herald.

They saw a woman frantically banging at the double glazed window.

"She said she was trapped inside and had a 3-month-old."

Dickson tried to smash open the door with his hand, and then a chair - to no avail.

"He somehow got a pole and managed to smash open the window," she said.
"He was amazing."

The worried mother handed over her infant to Nock, before Dickson helped her to climb out of the shattered window - slicing his thumb on the glass in the process.

"I walked away [cradling the baby] because it was really smokey," Nock said.

"She was absolutely fine, she was a gorgeous wee girl."

Three fire crews arrived to put out the blaze on Penion Drive and St John treated the mother for smoke inhalation and some small cuts she suffered as she climbed out of the window.

Dickson and Nock were offered a ride to the hospital with the mother and baby to treat Dickson's cut hand.

"But we wanted to give them some privacy, so we said we'd drive to the A&E," Nock said.

Nock's sister, who had accompanied the pair and their 6-month-old on the walk, had been watching the baby during the ordeal.

"I ran to the car and got some formula and a bottle from our baby for the baby," she said.

The pair drove to Howick's East Care and parked in the patient parking, right outside the practice, where Dickson received stitches on his thumb.

But a few hours later, their car, a cobalt blue Mazda Demio. was gone.

"We thought the house fire was unbelievable enough on its own, and then my partner's getting stitched up at A&E and our car is stolen," Nock said. 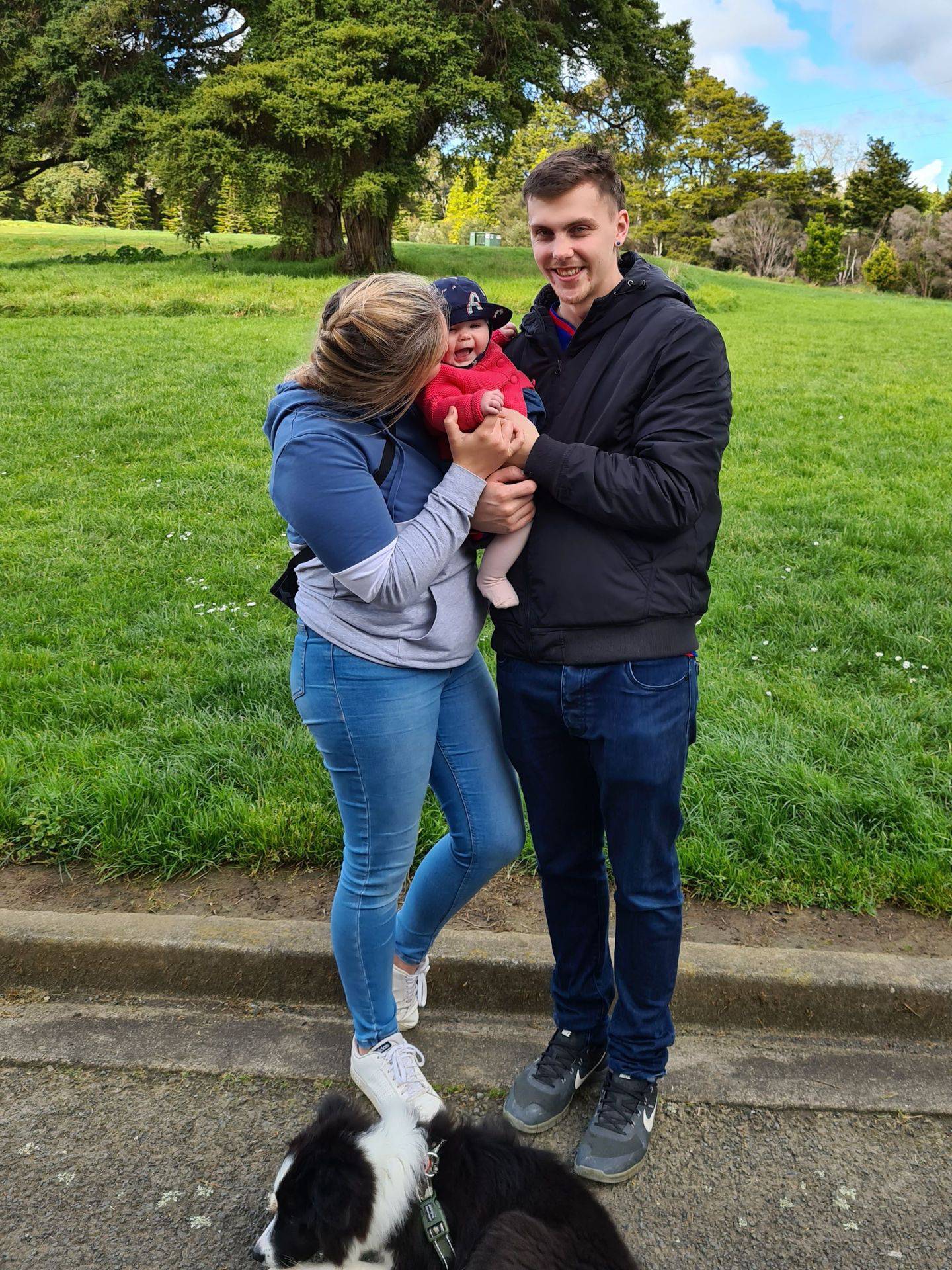 Jess Nock, Conner Dickson and baby Leila. Photo: Supplied
It had all our baby's things inside - the pram, car seat, front pack and porta cot. I just broke down."

Nock's mother said it was a low blow for the one-car family, after the morning they'd had.

"If they could just get the car back, it would be amazing," she said.

The family have set up a Givealittle page, hoping to raise the funds for a replacement vehicle.

"My partner's going to be off work for a bit, because of his hand," Nock said.

"But I'm so glad we were there. What's a car and a baby seat compared to two lives?"

The police have been contacted for comment on the theft.

There are some scrums about.
All the best to the hero's who saved the mum & baby. Karma will reward you