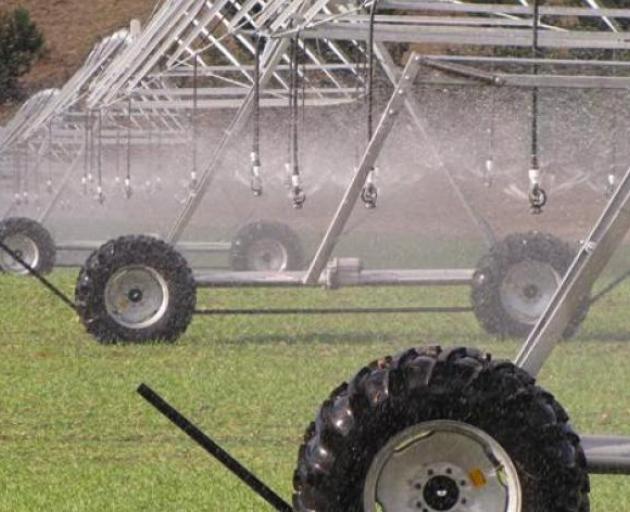 Photo: ODT files
Court costs for water plan changes at the Environment Court could easily run into the millions and should be paid from Otago Regional Council reserves, Federated Farmers says.

Regional councillors heard submissions on their 2021-31 long-term plan in Dunedin, Queenstown, and via videoconferencing in the first day of two days of scheduled hearings yesterday.

About 560 submissions were received, and about 100 people and organisations wanted to deliver their submission verbally.

The council’s rates take is proposed to rise by 47.5% in 2021-22 as the council begins to catch up on a largely Government-led step change to its work programme.

Federated Farmers South Island regional policy manager Kim Reilly said she came to the hearings "on the heels of listening to harrowing rural mental wellbeing evidence” in the Environment Court on Wednesday.

To speed up what was expected to be a protracted dispute over water in the region, the council’s Plan Change 7 was called in by Environment Minister David Parker at the council’s request last year.

But the full costs of Plan Change 7 and two other water plan changes due to go before the courts would easily top $5million for the council and submitters, Ms Reilly said.

The costs for the court’s "resource-intensive” process was proposed to be passed back to residents through the rates take, she said.

But no ratepayers "rural or urban” should have to pay the bill.

"It is Federated Farmers’ firm view that council’s approach to [Plan Change 7] has been a lesson to all other councils across New Zealand of what to never repeat,” Ms Reilly said.

"Quick and dirty planning is not better planning, it’s a shortcut to a bigger mess, one that ultimately was too eagerly dumped on the court to grapple with and find a way through.”

Particularly concerning she said was the fact no senior council staff were present to hear how council actions were affecting farmers’ mental wellbeing this week.

It showed that listening to the impact council actions had on farmers was not a priority.

Also, the process "exposed spectacular failings” in the council’s processes, she said.

He said "tinkering” with the uniform annual general charge would make a real difference to farmers without having a major dollar impact on urban ratepayers.

More fundamentally he questioned how a council with reserves as large as Otago’s could propose adding to residents’ rates burden.

Paying rates was becoming unbearable for some farmers and their mental health suffered, he said.

The council might need to consider borrowing to pay for some capital projects to keep rates down, he said.

"These are hard decisions; we are just saying how it washes out on us is unacceptable at this stage,” Mr Patterson said.

Mrs Reilly is quite right. The ORC has embarked on a series of plan changes that are arrogant and prove staff are technically out of their depth. The ORC has a legacy of plan changes costing ratepayers millions and deemed not fit for purpose by the Courts. This one unfortunately will join the others.

Why should the rest of us pay the cost of ensuring farmers are doing the right thing with water. Sorry, but it's your cost, not ours. Like any business, if your returns don't cover your costs, put your prices up.
This regulation has come about because it's clear you can't regulate yourselves. Stop trying to externalise degradation of the environment, or clean-up of it, or regulation to avoid it, onto the rest of New Zealand.

The farmers are unhappy at the wasted millions of ratepayer money put into Council plan changes that are doomed from the start as they are simply so flawed/ rushed that they cannot work or are deemed as unlawful. Submitters raised good points (even conceded by ORC policy staff) only to be told they will not adopt them into the new phase of the plan change and those submitters need to lawyer up and go to court to have them implemented - thats simply insane. The ORC spent millions of Otago's money on plan change 6A and the RPS only for the Courts to reject them because they were unlawful and say 'start again'. The current lot of plan changes and the new RPS are just as bad and are rushed. ORC policy staff lack managerial oversight by anyone who is competent or doesnt have an ego the size of the small planet. Now, if you are happy with that, feel free to hammer away bashing those good farmers on your keyboard but it seems you have no actual idea.

I'm not bashing those good farmers, and my point still stands. I'm not ignorant, I can read. ORC messed up, I get it. However, the whole issue is still related to farmers and water use. Why shouldn't the industry pay for it's own regulation, including stuff-ups along the way. If it doesn't come out of farmers pockets, it comes out of the broader rate/tax payers, and that is a lot less palatable.