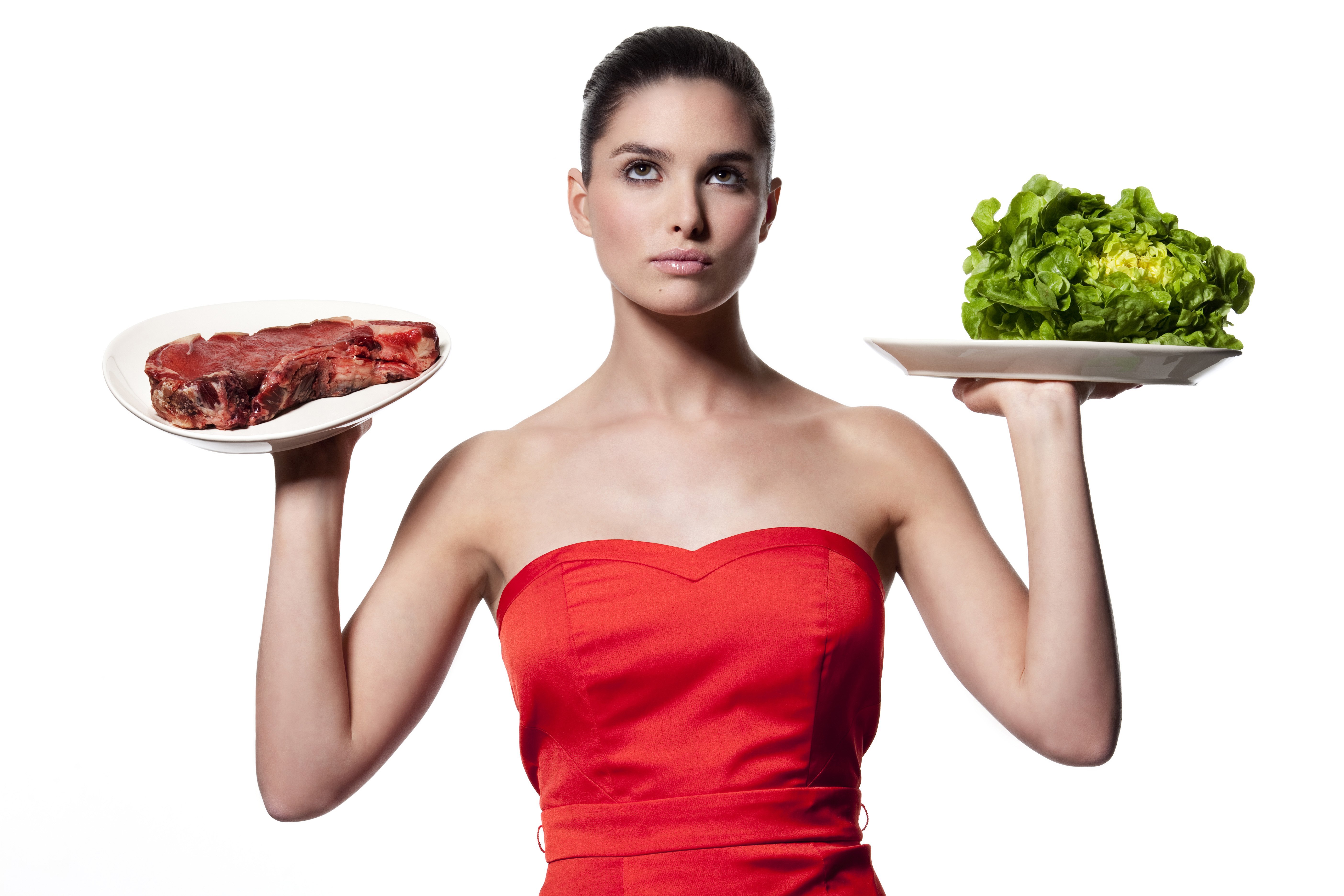 Photo: Getty Images
A while ago, I was talking to a former home economics teacher who said she was frustrated by all the emphasis on plant-based diets which are increasingly popular as we realise how raising livestock and eating meat contributes to climate change.

Twenty years ago or so she used to teach that only meat, dairy and eggs could provide “high quality protein” and she felt that people on plant-based diets would be missing out on good nutrition.

I pondered this for a while and asked Assoc Prof Anne-Louise Heath, of the human nutrition department at the University of Otago, whether thinking had changed about the increasingly popular plant-based or vegan diets.

Many people think that protein is all about meat and it’s hard to change the idea that you won’t get enough and it won’t be good enough quality if you don’t eat meat or dairy, but that isn’t true, she said.

“We live in a country that is a major exporter of meat and dairy so we probably get more than our fair share of stories about how essential those foods are. It would be interesting to know if it’s quite as relentless in other countries. Many people like eating meat and dairy and they can be an easy way to get vitamin B12 and calcium, but they certainly aren’t essential.”

In fact there is some protein in most foods apart from some very refined ones such as sugar or vegetable oil, she said. 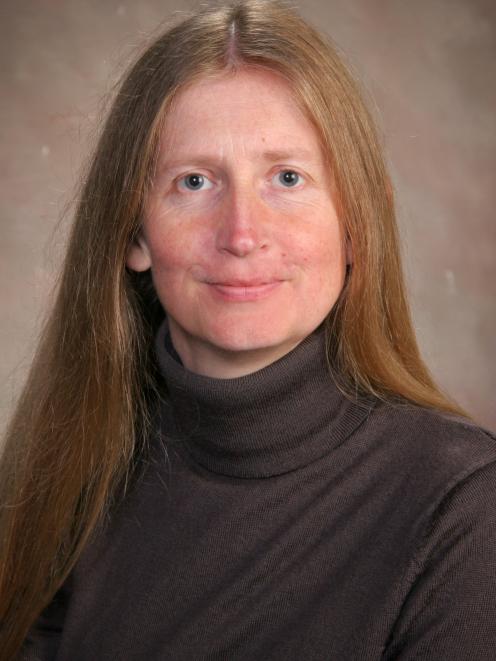 She explains the science: We need about 20 different amino acids which make up proteins in our diet, but our bodies can make most of those. There are just nine indispensable amino acids that we cannot make and need to get from food.

“So the question is where do you get them from? Well you can definitely get them from plant proteins. However, plant proteins tend to be rich in some of the indispensable amino acids and poor in others so you need to eat a variety of plant foods,” she said.

“In general, New Zealanders eat far more protein than they need, so we’ve got quite a big buffer. So even if you’re vegetarian or vegan as long as you eat a variety of foods and you are maintaining a healthy body weight then you’ll be getting plenty of protein.”

However, for many years vegetarians and vegans thought they needed complementary types of plant protein in the same meal to provide a complete protein mix.

Often these combinations are found in food cultures such as bread and hummus or falafel in the Middle East, rice and dhal in India, corn and beans in the Americas, or our own staples, baked beans on toast or peanut butter on grainy bread.

This idea was made popular by Frances Moore Lappe’s influential 1971 book, Diet for a small planet. She said you needed to “consciously combine” plant proteins to get complete proteins in a vegetarian diet.

At the time people were beginning to be concerned about the environmental impact of meat production, Prof Heath said.

Much of our nutritional information at the time came from rationing during World War 2 (1939-45) when the British government needed to make sure that everyone received their fair share of the limited food available. The amounts of available foods to cover people’s nutrient needs and ensure good health were calculated by scientists and statisticians.

Subsequent research in the past few decades has shown that besides animal-sourced products, soy is also regarded as a complete protein with all the essential amino acids. It has also shown that it is not necessary to “consciously combine” different plant proteins in the same meal.

“As long as you are having a range of proteins during the day you’ll get the amino acids from here and there and your body will happily use them to make into proteins.”

An interesting aside is that the last nutrition survey more than a decade ago showed that in fact our main source of protein was bread rather than meat!

The protein in bread is plant-sourced and comes from wheat which doesn’t have more protein in it than meat, but because people ate so much, often more than once a day, it ended up being at the top of our protein sources, she said.

However, if you only ate one plant food such as just rice or just bread as might happen in a famine, you certainly wouldn’t get enough of the essential amino acids, but you’d also suffer a lot of other nutritional problems from lack of vitamins and minerals as well, she said.

“It’s one of those hypothetical things that virtually never happens and certainly doesn’t happen in New Zealand.”

The nub of the matter is if you are eating enough from a variety of food sources to maintain a healthy bodyweight, there is no problem, she said.

I have no problem with vegans/vegetarians or people who decide to reduce the amount of meat they eat. I consciously do so myself.
However I do have problem with ignorance and those who peddle misinformation as gospel to sell us a pup. The statement above that "we realise how raising livestock and eating meat contributes to climate change.", is just pure bunkum.
There is absolutely no evidence that eating meat contributes to climate change. Saying that it does is troublesome, vexatious and delinquent. It's more likely that humans eating more vegies will contribute to climate change than any amount of meat eaters. There's a reason why bus tours of the vegetarian society don't travel far without all the windows being opened!
As for the claim that raising livestock contributes to global warming. It's not so straight forward. There have always been grazing animals that produce large amounts of greenhouse gases. Think of the bison in America. There used to be 100 million of these animals all producing copious amount of methane, They've simply been replaced with cattle and sheep, same with African and Australian grazers, The net amount of greenhouse gases is largely unchanged.

Interesting comments and very passionate. Do you have any peer reviewed studies to backup your suggestions? A quick Google and you will find loads that show industrial animal Ag is bad for the planet in multiple ways. Having been a dairy farmer for many years I can assure you modern animal farming is nothing like the natural ecosystems that previously existed on the land. What animal do you think over 10million 400kg+ cows replaced in NZ? Also globally 36% of the crops we grow are fed to livestock including most of the soy! I could go on but seriously do more research, I used to think the same as you but when I finally put the time in to research it properly and put my bias to one side, I changed my mind. Most farmers don't even argue with the science these days, with most working hard to improve their environmental footprint. For a longtime I thought more substantial systems was the answer and it probably is for NZ farmers however as individuals the best thing we can do for the planet and our health is to eat more whole plant based foods and less animal products.

There are a number of studies on this topic, Google is our friend.
Don't misunderstand me, I am a fully paid up believer in human impacts on climate change, and i would agree the methane production from domestic livestock is a major concern. However, what I abhor is the likes of Ms Smith and her ilk throwing up ridiculous, glib arguments and misinformation to support their dubious causes. Comments that the greater number of readers will take in and nod their heads in agreement with a tsk tsk and completely unaware that they have been misled. You clearly know that the truth is far more complex and deserving of more than a glib throwaway sound bite.
I'll concede that NZ does not have a prehistoric animal that was exterminated and replaced by modern domestic bovines, but the continents are different. Considering current global gas production levels without considering the same levels in pre-colonial times gives a false impact. It doesn't mean the current impact is not bad, but it is not as bad when current production levels are considered alone.
There is no evidence, anywhere, that more humans eating less meat protein will impact atmospheric greenhouse gas levels.

An unfortunate dimension of society is that we are educated by profit driven marketers. A recent US study showed 95% of a doctor's education between five years out of med-school and their retirement was funded by drug companies - doctors have become brain-washed puppets of pharmaceutical giants. Likewise we mere mortals are 'educated' by the advertising industry and the passion behind most of OUR BELIEFS is strongly correlated to a given industries promotional budget. The NZ economy is based on the exploitation/abuse of animals, in the same way as the European/American economies were grown on the exploitation of enslaved races. We Kiwis have been indoctrinated with bias advertising that blinds us from seeing the health and environmental benefits of plant based diets, let alone the animal rights issues. When un-bias research (BMJ) found meat eating significantly increases risks of bowel cancer, the meat industry threw money into alternative research, searching for some anomaly that could cause the science to be doubted - exactly the same way as the tobacco industry has spent billions of dollars trying to caste doubt on the science that proves their products are carcinogenic.