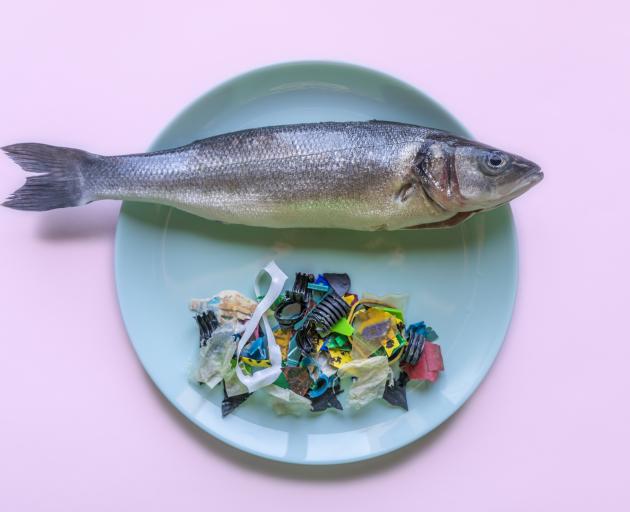 The finding from a University of Newcastle study suggests we could be ingesting about 5g of plastic each week. PHOTO: GETTY IMAGES
Plastic, one of the most useful and convenient materials we use, is coming back to haunt us. Charmian Smith talks to Dr Bridie Allan of the marine science department at the University of Otago about the proliferation of microplastics in the ocean and in the fish we eat.

Charmian Smith
Who would have thought that such a versatile and useful product as plastic — convenient, lightweight, used ubiquitously for almost everything from food packaging, bags, and bottles, textiles and floor coverings to components in electronic devices, vehicles and many other products — would become such a problem.

Plastic doesn’t go away easily, and plastic pollution is spreading in the food chain. It is estimated that the world generates about 500 million tonnes of plastic annually of which around 8 million tonnes end up in the ocean each year. A study by the University of Newcastle suggests we could each be ingesting about 5g (the weight of a credit card) of plastic each week.

We’ve all heard of the huge "islands" of plastic debris in the world’s oceans and seen photos of turtles with straws up their noses or eating plastic bags they’ve mistaken for jellyfish, or photos of seals and birds tangled in fishing nets, twine or plastic six-pack rings.

But microplastics, smaller than 5mm (about the size of a sesame seed) and especially nanoplastics, which are thousands of times smaller, are far more insidious.

They come from many sources — the fibres from washing polyester clothes, dust from the wear of car tyres or shoe soles, microplastic balls used in cosmetics, the breakdown of larger plastic items such as bottles, packaging, fishing lines, nets, or lost ropes — Dr Bridie Allan of the University of Otago’s marine science department explains.

"One of the biggest sources is river systems that wash plastic waste down to the oceans — big river systems like the Amazon, Ganges and Mekong bring a lot," she said.

"When people think about plastic pollution, they think about poor waste management practices — lots of people and lots of litter. But it also comes down to what [ocean] currents are around the geographic location. There’s a lot of plastic brought towards land masses from deep in the sea or the pelagic environment. It’s usually a mixture of those things, waste management practices and oceanography."

Because of ocean currents, a lot of plastic ends up in otherwise remote places such Easter Island or even the Otago coast.

One of her marine science students looked at wild-caught fish in Otago and found plastic in the digestive tracts of a high proportion, she said.

"When plastic is in the environment, particularly the marine environment, for any length of time, a community of micro organisms develops on the surface. Some of these micro organisms produce a chemical called dimethyl sulphide, which animals use as an olfactory cue to direct them to a food source." 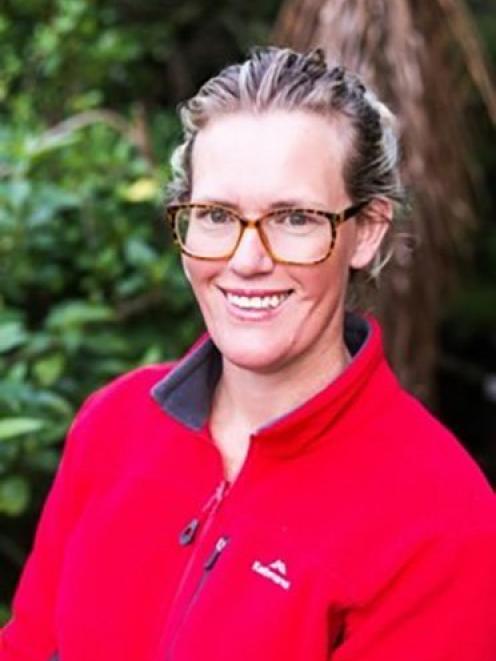 Ingesting plastic particles can disrupt the morphology of the fishes’ digestive tract in a similar way to Crohn’s disease or celiac disease in humans. The plastic disrupts the structure of the microvilli in their gut, which tends to reduce nutrient absorption, Dr Allan said.

"That is one effect. These plastics contain a heap of chemicals ... such as plasticisers, which make the plastic soft and malleable, and persistent organic pollutants like heavy metals may be absorbed into the plastic."

Plastic detritus on a beach is often brittle because the plasticisers have leached out of it. Plasticisers can also leach out of plastic containers when food is heated.

A common plasticiser, DEHP, is a known endocrine disruptor, affecting reproductive hormones in humans and in mammals as well as in other taxa, she said.

"Some people suggest that decreasing fertility in humans may be attributed in part to the increasing use of plastics and plasticisers. There have been studies to show that people working in PVC factories inhaling microplastics have also shown decreases in sperm motility and sperm velocity."

She and her students looked at the impact on fish of ingesting plastic — including changes in neurochemistry, behaviour, oxidative damage and oxygen uptake — and found a wide effect.

When an animal ingests microplastics its body mounts an antioxidant response to try to deal with that toxicity, but it doesn’t always work. If the toxicity is too high for the body to deal with, oxidative damage occurs and that becomes a real energetic cost to the animal, which can impact on their growth rate or their reproductive health. In turn, that can affect the way they respond to predators or their swimming behaviour. It can make them move round the environment more frequently because they need more and more food to deal with the energetic cost and that increases their risk of predation, she said.

The fish available at the supermarket certainly have plastic in them when they are caught, but the digestive tract is usually discarded to use for fishmeal before the fillets are sold. However, no-one really knows if that translocates into the muscles we eat. If it is, it’s probably nanoplastics, as the only way plastics can migrate through the body is if they are smaller than the size of large molecules or red blood cells, she said.

However, seafood you eat whole — mussels, clams or anchovies or anything that has the digestive tract intact — could potentially have plastics in it.

She applauds government initiatives such as phasing out plastic bags.

Disposable plastic containers, such as water bottles, individual packs of butter or shampoo that used to be found in hotels, disposable cups, lids, masks and medical equipment, are all liable to end up in the ocean and the rest of the environment if not recycled or disposed of in a secure landfill.

"But the problem with phasing out plastic means it needs to be replaced with something else, such as glass or cloth, and those products are more expensive and less convenient. It’s a tricky problem to tackle, replacing something that’s so convenient, and easy to transport," Dr Allen said.

The Government is now also offering funding for research into plastics, she added.