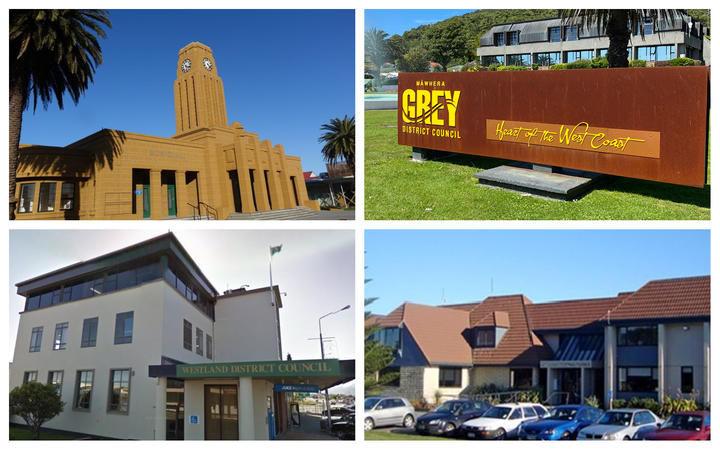 West Coast councils are asking for more than usual, from a ratepayer base with less to give, post-Covid-19.

Buller District Council wants 6.7 percent more from property owners this year, and is flagging annual increases of 6 and 5 percent in the years to come.

Westland - the district hardest hit by the Covid-19 downturn - is topping the poll for the territorial authorities with a rate rise of 13 percent.

And the West Coast Regional Council is thought to be planning an unheard of 30 percent increase.

The percentages reflect the rise in a council's total rates revenue and conceal some hefty variations between ratepayer categories and communities.

Inangahua Junction's elderly residents, for instance, were aghast to see the projected increases in their water charges: $500 a year in 2020, rising to $2000 per household, over 10 years.

And in the glacier country, where tourist businesses are on their knees, a hike in commercial rates has been met with disbelief - and anguish.

In his submission to the Westland District Council, West Coast Wildlife Centre owner Richard Benton warned the arrival of the rates bill this year could spell the end for some operators.

"On the back of a 9.92 percent increase last year, a 26.5 percent rating increase may be the straw that breaks the camel's back for many businesses ... the commercial general rate increase of around 44 percent seems to be driving the increase."

Franz Josef had lost a quarter of its population since Covid-19 put paid to international tourism, Benton said.

"With fewer people to fund a rapidly increasing ratings need, it is not feasible for large increases ... for a declining and struggling rating base." 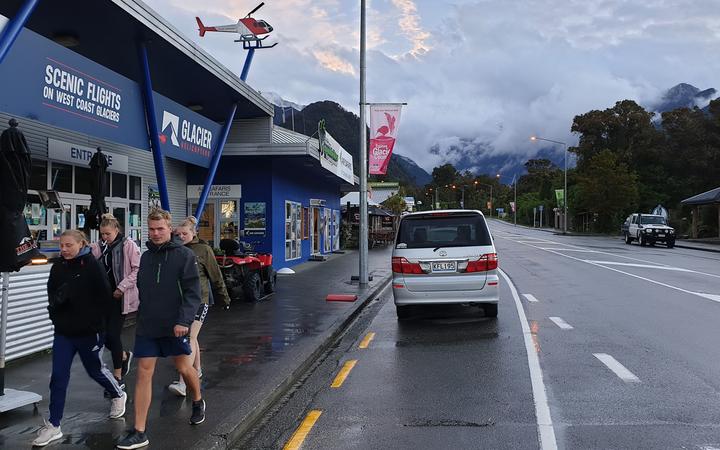 The absence of tourists has caused the permanent population of Franz Josef to drop - meaning fewer ratepayers. Photo: RNZ (file)

According to the councils, this year's rate rises owe much to growing workloads foisted upon them by the current government.

Monitoring farms to enforce the new freshwater regulations, for instance, will force the regional council to take on more skilled staff, and they don't come cheap.

Greymouth Deputy Mayor Allan Gibson says some but not all of his council's 9.9 percent rates hike will go on staff costs.

"For a start, we have to catch up on the work we put off because of Covid - we did nothing last year. And the minimum wage has gone up so we have to pay more to all our lower paid staff.

"Plus, we have to put some money back into our reserves so we have something set aside for natural disasters. It would be irresponsible not to."

Mayor Tania Gibson says the council cut its budget to the bone last year, slashing its proposed rate take from 6 percent to 2.5 percent.

"We have this $30 million backlog of work to do on the stormwater system and 21 bridges that urgently need replacing - just one of them would swallow our roading budget for the year."

The Government has cut road funding to councils this year, the mayor says - and Grey District Council has no choice but to abandon some projects.

"We asked for $18 million and we're getting $15 million - so some roads will just have to get worse.

"It seems crazy when they're building cycle bridges in Auckland that we can't afford the basics. The only option was to put the rates up even more, and we just can't do it."

But while the rates are climbing, the council is also cutting services: a strategy that does not sit well with Runanga, one of its poorest communities. Runanga is the fourth largest town on the West Coast - with a population several hundred more than Reefton - and until 1989 amalgamations it was run by its own borough council. 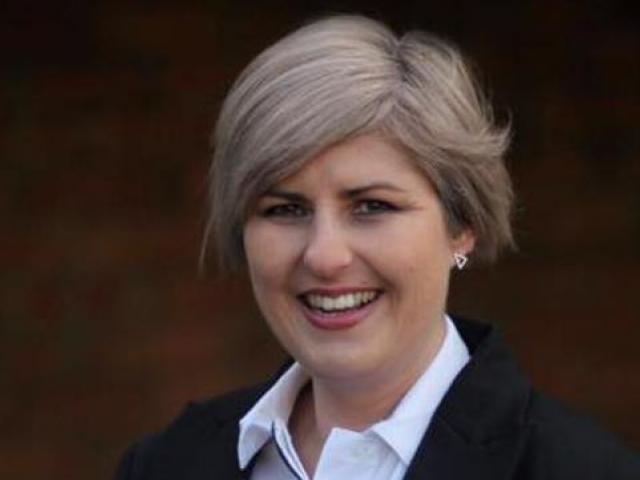 Greymouth Mayor Tania Gibson. Photo: supplied
Local resident Karen Stewart organised a petition after the council announced it was closing the town's library and service centre and handing the swimming pool back to locals to run.

"This is a very low decile community, and the council is supposed to be a caretaker of our facilities and services ... but we're gradually losing everything ... people are feeling very let down."

However justifiable, the rate increases have been compounding year-on-year at a rate that far exceeds increases in household incomes, and the consumer price index.

The CPI, which measures the price of goods and services, has risen by just over 2 percent a year, on average, over the past decade. Wages went up by a lowly 1.8 percent a year over the same period. At that rate, someone on a salary of $50,000 would be earning just under $59,800 by year 10 - an increase of 19.5 percent over the decade.

By comparison, figures supplied by West Coast councils show that rates in the years from 2012 to 2021 rose by a minimum of 26 percent - and in some cases more than 80 percent.

A medium value home in Hokitika attracted rates of $1725 a decade ago; this year the homeowner will pay $2710 - an increase of 57 percent.

Buller ratepayers fared slightly better with percentage rises of between 26 percent and 35 percent over the decade.

Buller has the lowest rates in the country, according to league tables published this week by the Taxpayers' Union. Grey district was not far behind, in seventh place.

But Westland district featured near the bottom of the list, with the eighth highest rates of all 66 councils.

Westland has also seen the biggest rate increases over the past decade: a medium-size farm will pay $9502 in rates this year - an increase of 84 percent on the 2010 rates bill of $5193.

The trend is not just unpalatable - it's unsustainable, according to local government commentator Andy Asquith.

"There are two main reasons for these increases - one is that for years councils failed to invest in infrastructure and now it's come back to bite them in the backside.

"The second is that councils these days are expected to do more for 'community well-being' and their main source of revenue - the only source in many cases - is rates."

The Shand inquiry of 2007 had identified that as a major problem, and also predicted rates would become unaffordable within 10 years, Dr Asquith said.

"Shand said councils would need other sources of revenue and more government funding - but the recommendations were all blithely ignored by the Government."

So where are rates heading - apart from the stratosphere?

Dr Asquith says the latest government attempt to deal with the problem, with its Future of Local Government review, might hold some answers.

"I would hope the current review would tackle the finance question. Otherwise we're going to see more and more functions taken away from councils because they lack the resources or intellectual capital to operate."

Ashley Church, of the NZ Taxpayers Union, says the democratic system itself can deter spending on unglamorous basics, acting as an incentive to splurge on 'legacy' or 'vanity' projects.

And when long-term thinking and investment are needed, the popular vote can derail priorities, he says.

"When I was first elected to the Napier council years ago I got on because I made a lot of noise about how the council was getting things wrong. By my third election I knew a whole lot more and I was much quieter. And guess what? I was dumped." 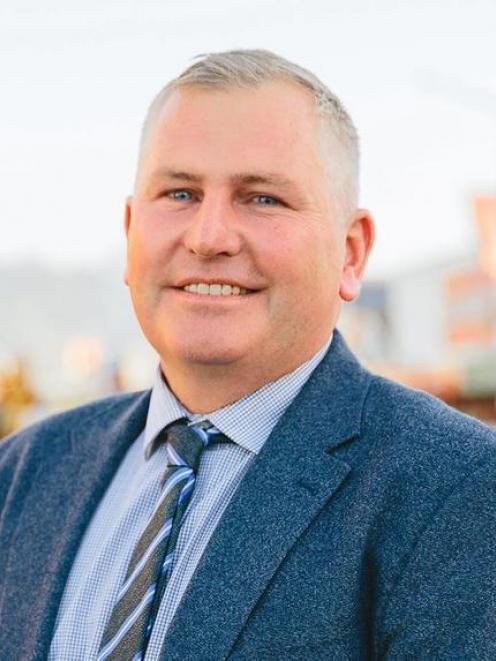 Previous Buller councils invested in core infrastructure, he says, but in hindsight not enough.

Changes to government regulations and heightened public expectations had only made things worse.

"All of this influences councils' costs and the need to catch up - none of which has any relativity to the average resident's cost of living - the drivers are quite separate."

The council will not end up with much extra revenue from the rate increase, because it would help to replace income lost through lower interest rates on investments, Cleine says.

The picture - and local government balance sheets - could change in the coming months, if councils hand over their 'three water' services and assets to new regional water authorities, as proposed by the Government.

Could that reduce rates? Cleine says it's too soon to tell.

"At face value, the reforms would appear to provide compliant water services for a better price point on average across New Zealand, and I'd expect smaller supplies to be at the more advantageous end of the spectrum."

What is not in doubt is that rates alone will not provide sustainable funding for the level of service the community now expects, the Buller mayor says.

"Either we continue to grow the pie, or we cut services. It really is that simple." 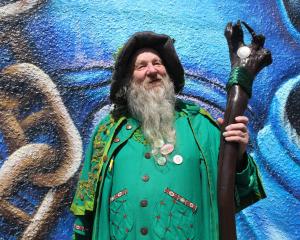 The radical central government of New Zealand gave up actual concern for its people long ago. The mission is: protect the wealthy. The urban vote centers have been brainwashed by a fear media blitz, and are being used to protect the elite. The plethora of virtue signalling headlines are only a distraction whilst our wallets are pilfered.

So rates need to increase partly due to staff having been given a pay rise? What, maybe a dollar an hour, x 36 hours x idk, 100 staff? Here's a thought, stop wasting our money on things WE don't need!..